Home  /  Latest Story, News, Trending  /  Everything You Need To Know About The Ongoing Mathura Violence

Everything You Need To Know About The Ongoing Mathura Violence 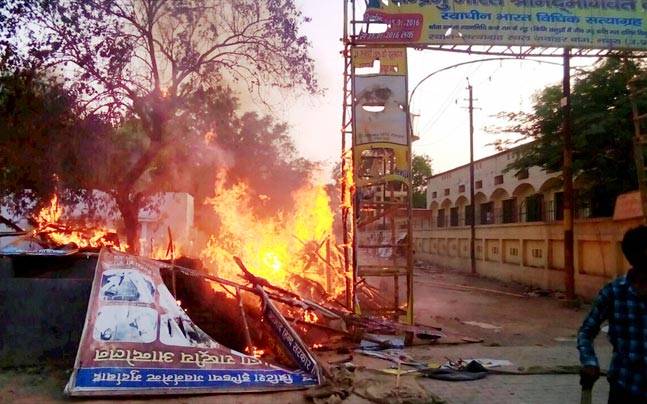 The Azad Bharat Vidhik Satyagrah aka the Swadheen Bharat Subhash Sena is the outfit responsible for violence that has already claimed 24 lives in Mathura, including that of two police officials as well during an encroachment drive at the Jawahar Park.

On January 11, 2014, thousands of activists of the Azad Bharat Vidhik Vaicharik Kranti Satygrahi — secede group of followers of spiritual guru Baba Jai Gurudev who passed away in 2012 — illegally occupied hundreds of acres of government land at Jawahar Park in Mathura under the pretense of holding a protest. The encroachers burnt down nearly 2,400 trees at the park, which comes under the horticulture department of the state government, to ease their stay. They continued to stay there illegally for two years, though they had permission to just hold a two-day protest. After a year, based on a petition by a Vijay Pal Singh Tomar, the Allahabad High Court on May 20, 2015 directed the principal secretary (home), district magistrate of Mathura and senior superintendent of police to take “all necessary steps and precautions” to ensure that a public park is “not allowed to be encroached upon in this manner”. In April 2016, a 48-hour ultimatum was issued by the district administration asking the encroachers to vacate the land. But, the deadlock continued till the police force moved in June 2 to remove the encroachers. 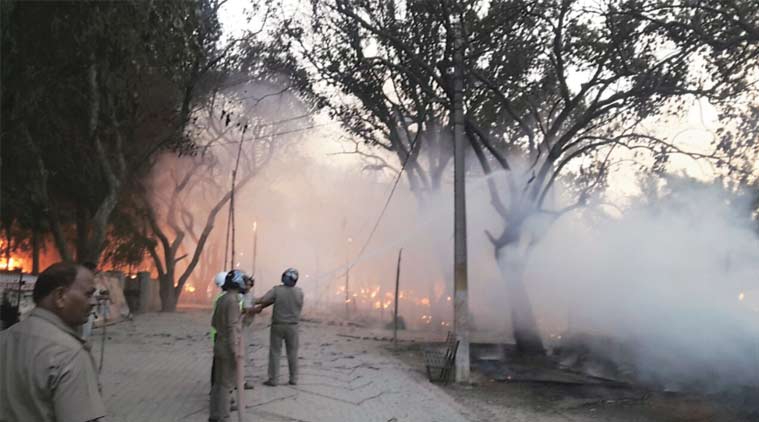 Outrageous Demands of the Encroachers

The State police chief Javed Ahmad, told the media on Friday afternoon that huge stash of arms recovered from the encroachers include 178 live cartridge, 45 country made pistols and eight rifles. Even as the police was trying to find out more about the history of the Azad Bharat Vidhik Vaicharik Kranti Satyagrahi or the ‘Netaji’ sect, as the encroachers identified themselves, State DGP Javed Ahmad said that Rambriksh Yadav, chief of the outfit, will be charged with the rigorous National Security Act, if he was found alive.

Two police officers Mukul Dwivedi, the Superintendent of Police who was leading the eviction drive on Thursday evening and his colleague, Santosh Kumar Yadav were killed during the incident. Twenty two rioters, all of whom were members of the ‘Netaji’ sect were also killed during the violence. The DGP said 11 of the encroachers had died due to the fire started by fellow encroachers.

Meanwhile, mother of Mukul Dwivedi, the police officer who died in the violence, rejected the compensation amount announced by the Chief Minister and instead asked the CM to “bring back my son”.