Taylor Swift has been popularly known to base her songs on her personal experiences and mostly her past boyfriends and relationships. In fact, many of these post break-up songs have actually earned a spot amongst some of her greatest hits.

Some of the songs feature outright clues regarding who the song is about whereas others harbour more subtle hints. Though it took me a while to figure out which song was about whom, it’s pretty obvious that the guy in question knows that he’s the one she’s basing her music off and I can’t help but admit, this is in a way, the best form of revenge ever possible.

Nevertheless, here’s a quick look at a timeline of Taylor’s shipwrecked relationships and the hit singles that evolved from them. 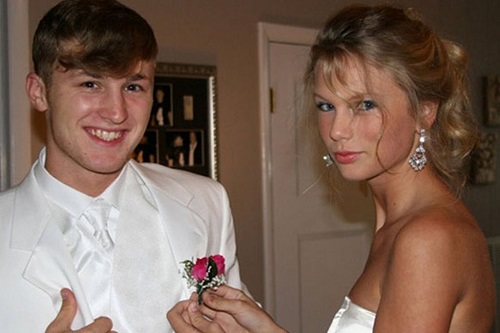 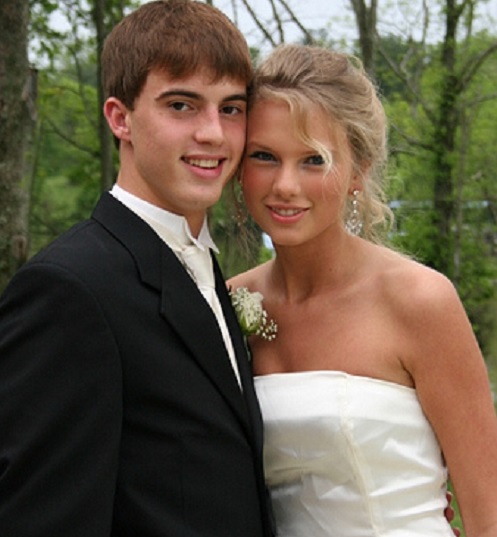 I’m not quite sure when this one came in play but he was reportedly another ex about whom the lyrics of ‘Should’ve said no’ were penned down after he cheated on Taylor back when she was in high school. 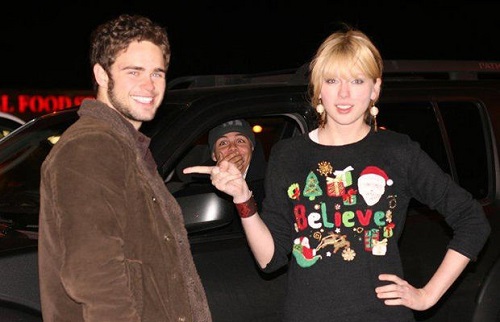 The hit track ‘Teardrops on my Guitar’ had lyrics which were actually based on and even mentioned Taylor’s high school crush Drew Hardwick! 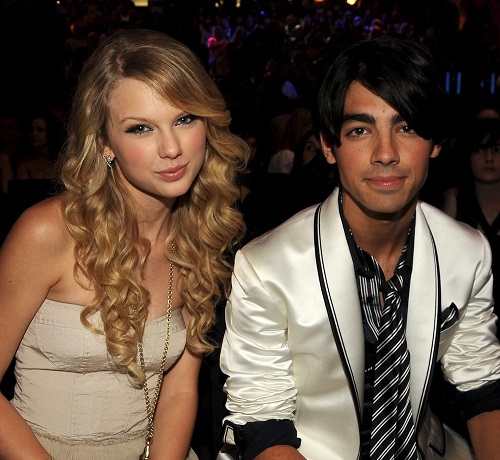 Before Joe Jonas broke up with Swift in 2008 over a rumoured 27 second phone call, the two were going strong. Their falling out lapsed into a series of songs by Swift including ‘Last Kiss’ and ‘Forever and Always’. These songs were the epitome of heartbreak and accusations towards Jonas featuring lines like ‘staring at the phone’ which make it undoubted that the song is about him. Another popular song was ‘Better than revenge’ which was about Camilla Belle with whom Joe was reportedly cheating on Taylor with. 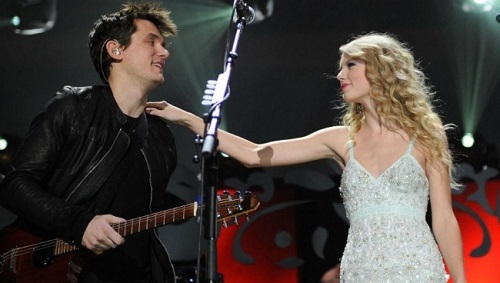 Taylor, at age 20, went all out offensive after her break up with older star John Mayer and penned down a series of highly aggressive lyrics in her song ‘Dear John’ including the lines ‘didn’t you think I was too young to be messed with’ which took a stab at their age difference. Mayer said that the song was a low move and claimed it was ‘humiliating’ to which Swift responded by calling him ‘presumptuous’ for assuming that it was about him. 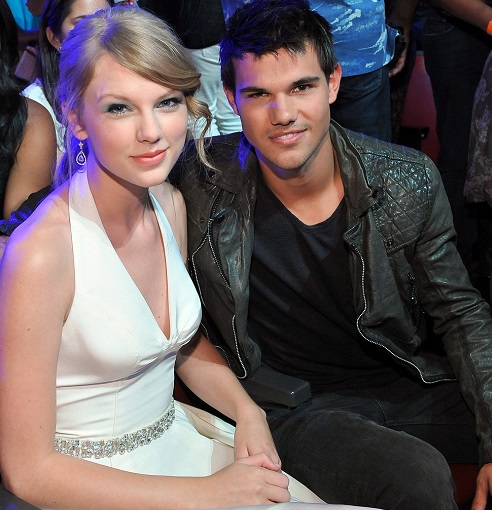 On a very rare occasion, Swift, at age 20, penned down the lyrics of ‘Back to December’ as an apology to Taylor Lautner regarding the outcome of their relationship. The song refers to Lautner’s ‘tan skin’ and ‘sweet smile’ and mentions the night that Swift let him down and probably broke up with the teenage werewolf sensation back in December 2009. 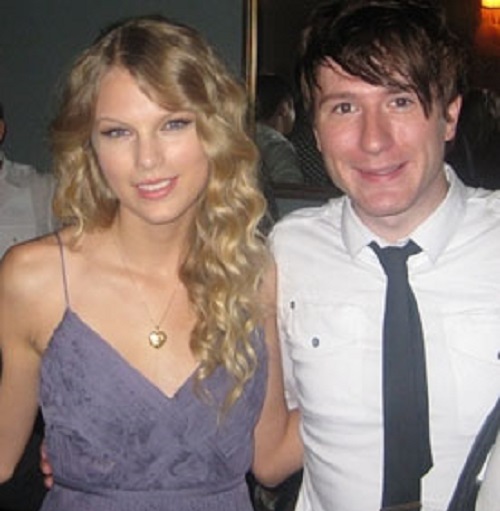 Taylor’s 2010 album Speak Now featured the song ‘Enchanted’ about meeting a guy she was absolutely besotted with which later turned out to be Adam Young from the band Owl City. He had used the words “enchanted” and “wonderstruck” in an email to Taylor and stated that after hearing the same word as the title of her song he knew that the song was about him. 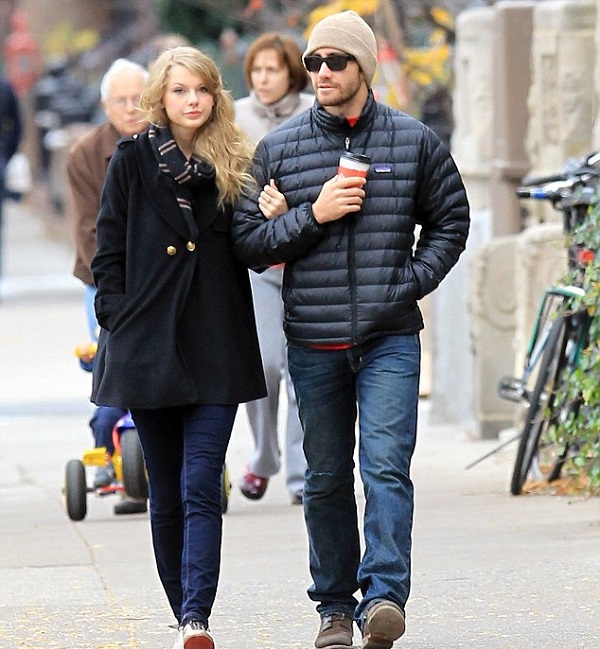 Taylor’s hit album Red is rife with a number of songs that are based on her relationship and subsequent break up with actor Jake Gyllenhaal in early 2011. Songs like ‘Red’ and ‘We are never ever getting back together’ are based on the highly public relationship that the two shared but eventually went down in flames. The video of the latter song even features a guy who looks strikingly similar to the popular actor. 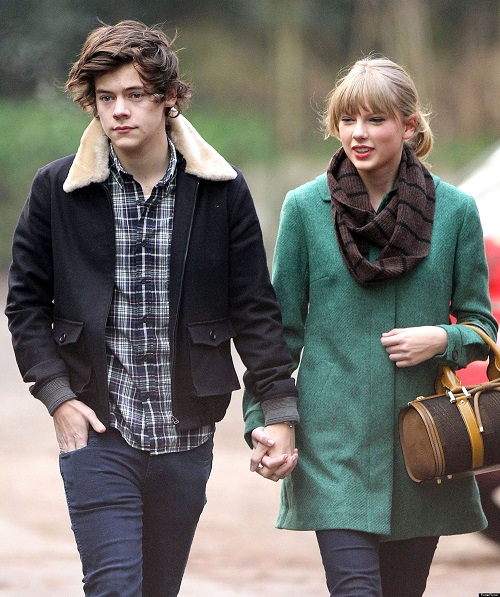 Harry Styles and Taylor Swift sparked a flame on social media since the first day that they were spotted together and eventually, their break up enticed Taylor to release some of her most popular hits including ‘Style’ and ‘Out of the Woods’. The song ‘I knew you were trouble’ was also confirmed to be based on their relationship when Taylor tweeted a fraction of the lyrics after the couple called it quits. 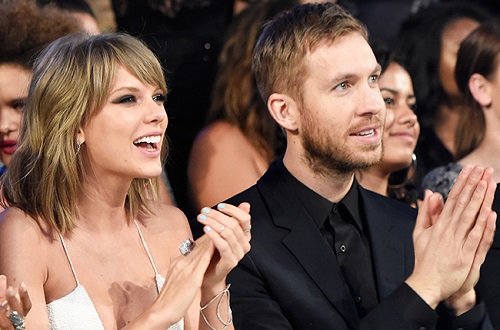 Taylor Swift and Calvin Harris’s adorable relationship sparked an uproar over all forms of social media with their picture perfect updates, but sadly the break up ended on a sour note after she started dating Tom Hiddleston not more than a week after the break up. Although she is yet to write a single for the Scottish DJ, it’s been reported that she co-wrote his recent hit featuring Rihanna; ‘This is what you came for’ before the couple split.