Home  /  Just In, News, Sports  /  From Collecting Garbage To Being A Coolie, Check Out The Miserable Conditions Of These National Players

From Collecting Garbage To Being A Coolie, Check Out The Miserable Conditions Of These National Players

While the Indian citizens always get busy basking in the reflected glory of the Olympic winners of their country, no one cares how brutally these players are sidelined after they return to the nation and get back to their regular life. It’s shocking to find athletes who have bagged several medals for the country are now selling panipuris and sweeping houses!
1. State Boxer Kamal Kumar Valmiki Now Collects Garbage

The state level boxer has to collect garbage in order to sustain himself and his family. Kamal Kumar, who claims to have won three district-level gold medals in early ’90s, also works as a part-time rickshaw-puller. I won three district-level gold medals besides a bronze in Uttar Pradesh State Boxing Championships. But I could not make it big as I used to struggle when it came to controlling my anger,” he said.”I wanted to become a coach but could not as I was financially constrained. So I decided to take up these jobs to support me and my family,” he added.

Out of his four sons, Kamal wants at least two of them to take up boxing to fulfill his unrealized dream. “I hope the government could provide me a small loan with which I would do something of my own and support my family,” he said. 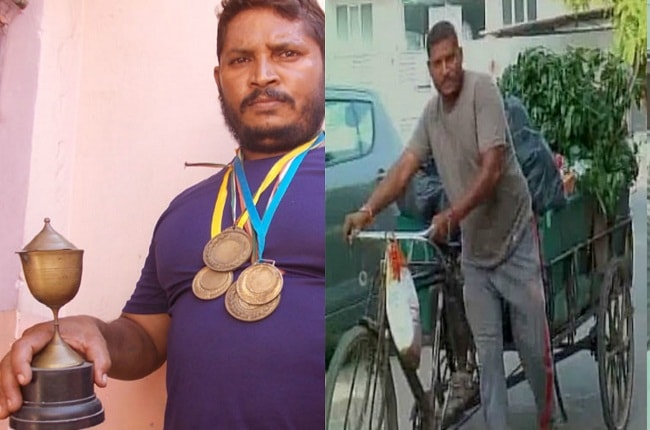 A 15-year-old wonder did India proud and won two bronze medals in a 200 and 1600 meter race at the 2011 Athens Special Olympic. Because the Olympic days are over for her, the athlete now sells paani puris to make ends meet for her and the family. The State Government had announced a cash prize of Rs 1 lakh for gold, Rs 75,000 for silver and Rs 50,000 for bronze winners. Sahu won two bronze medals and was entitled to receive a cash prize of Rs. 1 lakh. However, she didn’t receive a penny. Although it was later informed that she was sanctioned the prize money in mid-2013. It didn’t go a long way in helping her. She still helps her family in making paani puri/papdi chat in her one-room house, especially after her father fell ill. Her brother also follows the same profession. The entire family earns around 150 rupees a day. Such is the abject poverty that this ace player now lives in. 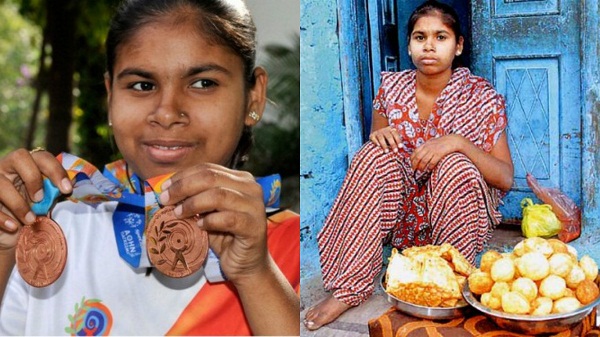 Rashmita Patra has been an avid sports enthusiast as a child and soon developed remarkable football skills. Her team represented India internationally in the Asian Football Confederation (AFC) for the under-16 women’s qualifier at Kuala Lumpur in Malaysia in 2008.

Unfortunately, she became a target of abject poverty and soon had to give up on her dream. She now runs a betel shop in Atul. Disappointed with what she had to give up, Rashmita quoted the following: “Football is in my blood but poverty has nipped my career in the bud.” 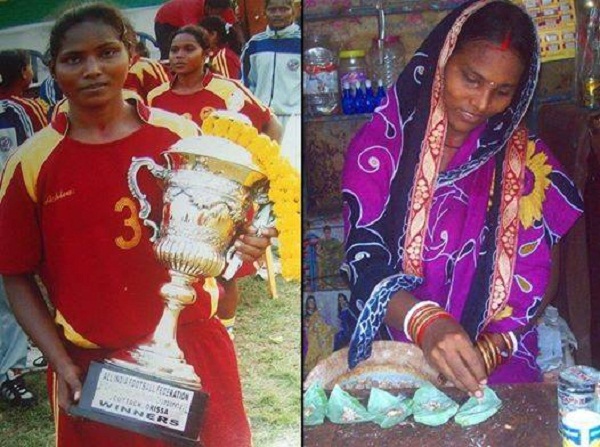 National level hockey player Tara Singh of Ambala has won several medals but he has faced a lot since then. After the government did not stick to the promise of providing a job to him, Tara Singh was forced to become a coolie at the Ambala cantonment station to earn a living. In order to realize his unrealized dream, Tara takes his sons to the local stadium to play the game.

When people hear Tara telling them about his days as a hockey player, they laugh at him. Nobody is ready to believe that he was a star performer playing for Haryana in the 1999 national hockey championships. He won many matches for his team with his brilliant goals. 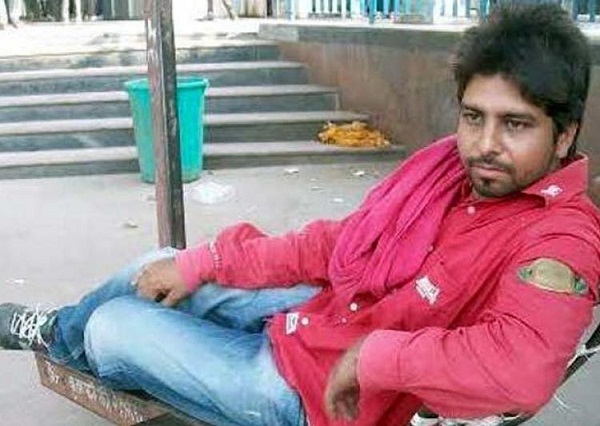 Titled as a story of national shame, national level boxer Krishna Routh now works as a sweeper in Howrah.  This one-time champion now sprays disinfectants in open drains and lives in a one-room house with his wife, three children and brother who is suffering from tuberculosis. “I do a temporary job with the municipal corporation as a casual employee. My daily wages are Rs. 232, but I sometimes get Rs 4000 or Rs 5000 a month. And I have to feed the entire family,” Routh told CNN-IBN.

“I don’t get proper wages. My son and daughter are studying, and it’s difficult to pay for their studies. If my job is permanent, I will be able to better take care of their educational needs,” he added.

Routh is doing a commendable job by training children who are boxing enthusiasts, for free. He aims to motivate them both for participating in sports as well as concentrating on their studies. 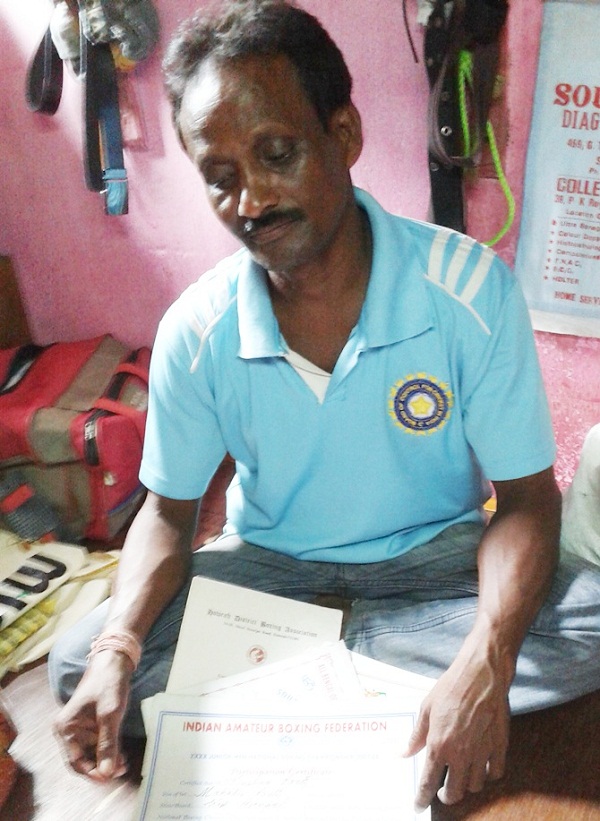 Asha Roy is the fastest woman in India who clocked 11.85 seconds at the 51st National Open Athletics Championships in Kolkata. Asha and her family live in a deplorable condition. Her father is a vegetable seller and earns meager 3000 rupees a month, which supports a family of five.  Asha Roy does not even get proper food and mostly trains on an empty stomach.

“I have struggled so far and am willing to do so in future if need be, with the support of my family and coach.”, says Asha Roy. “If I get some offer, I will choose carefully so that I can train well for the SAF Games and then the Olympics,” she adds. 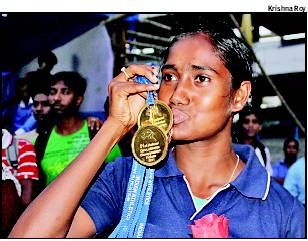 The former archery champ was forced to sell her archery bow for Rs 50,000 after heavy rains collapsed her house. The former archery champ is living in dire circumstances. Nisha has represented India at international levels. She has bagged a silver medal at the 2008 South Asian Federation Championship in Jharkhand, a bronze medal at the 2006 Bangkok Grand Prix, and the Best Player Award in the 2007 Asian Grand Prix in Taiwan.