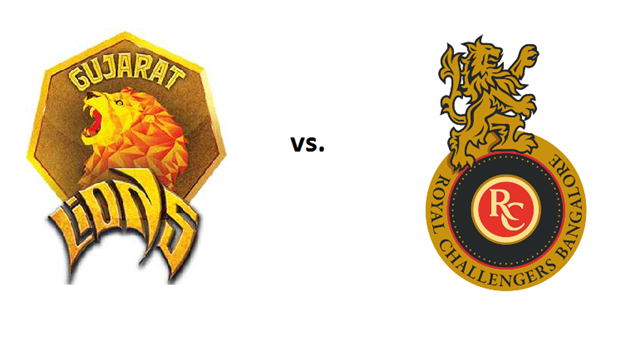 The first match of this super Sunday is between the new franchise Gujarat Lions and Royal Challengers Bangalore. The match will be held at Saurashtra Cricket Association Stadium, Rajkot and will begin at 4pm, IST. After a dream start of three consecutive victories in the first three matches played, GL faced a 10 wicket defeat against Sunrisers Hyderabad on Thursday. They would be looking to get back to winning ways against the Challengers. 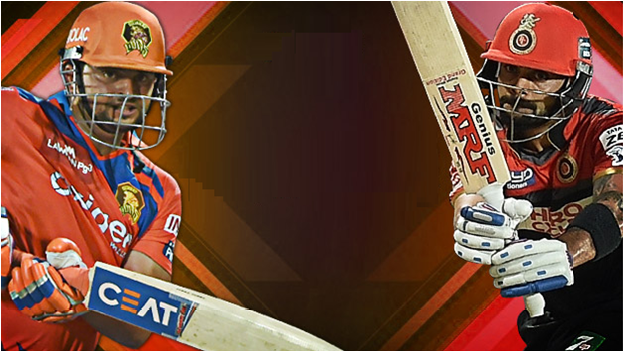 GL have a strong batting line up with the likes of Aaron Finch, Brendon McCullum, Suresh Raina, Dinest Karthik and Dwayne Bravo. Opener Aaron Finch has shown tremendous form with 3 consecutive fifties, on the other hand his partner Brendon McCullum is yet to show is full capabilities. The team needs this destructive opening pair to fire tomorrow and give their side a decent platform. The skipper Raina also looked good in the last game, hitting his first fifty of this edition of IPL. The bowlers have done a decent job till now. All they need to do is gather their focus back and leave the last game behind them. 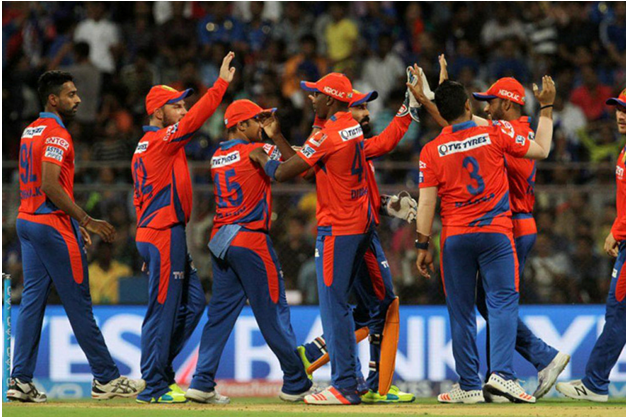 Visitors RCB are coming into this game after a win over Rising Pune Supergiants. In the season, where 14 out of 16 games till now have been won by the team batting second, RCB are the only team to win 2 matches batting first by putting a mammoth score on the board. The confidence would certainly be high in the camp with skipper Virat Kohli and AB de Villiers again scoring 70+ score and putting 100+ partnership yet again. The duo seems unstoppable and are a major key to team’s success. The big man, Chris Gayle is expected to rejoin the team who had gone back to West Indies to be with his partner and new born daughter. 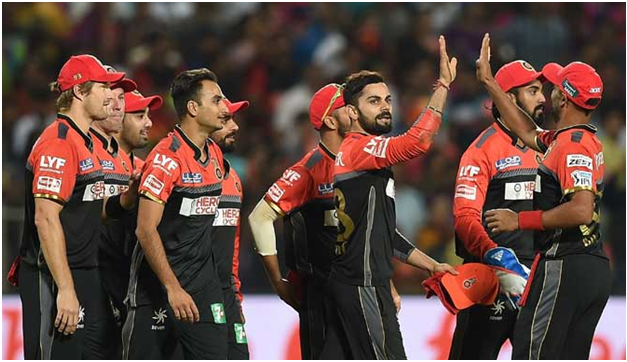 RCB’s main concern is their bowling attack which was well below their standards against Delhi Daredevils and Mumbai Indians. Watson, Richardson and Binny need to fire against the Lions to give their team an edge.

As this is the first ever match between the two teams, we wouldn’t be able to provide the head-to-head comparison.

Players to look out for Gujarat Lions:

Players to look out for Royal Challengers Bangalore:

Well this certainly is going to be a nail biting match. Both teams would be looking for a win and move up the points table in the early days of the tournament. We are hoping this match make our weekend even more awesome.