Home  /  Just In, News, Sports, Trending  /  Kid With No Limbs Gets Invited To Play With His Favorite Team Tottenham Hotspurs

Tottenham’s Central Midfielder Mousa Dembele did something incredible which would melt anyone’s heart. Eight year old Marshall Janson who lost his all four limbs to meningitis, was too embarrassed to play football with friends. Mousa invited this young boy and walked him onto the pitch at half-time during Spurs’ game against Southampton on Sunday. The youngster was once described by a doctor as the sickest child he had ever seen when he caught the devastating disease just days after his first birthday. This tiny young sports-buff had a new pair of prosthetic legs fitted which boosted his confidence. Marshall showed off his football skills on the field in his Tottenham jersey, along with his heroes who cheered for him. 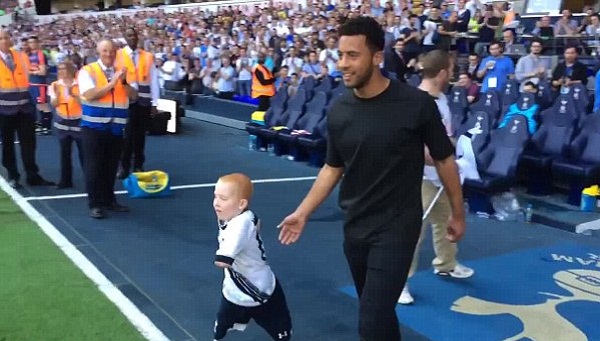 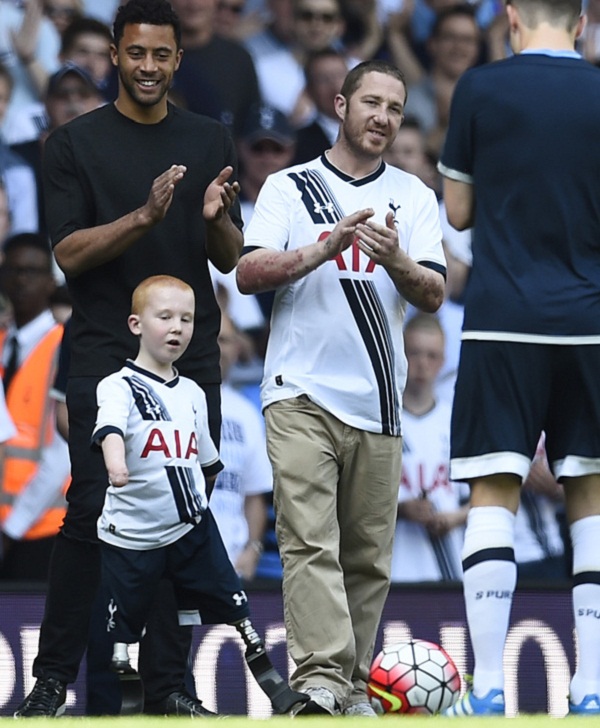 His mother Stephanie, 36, of Perranporth, Cornwall, said “He was worried about playing football as he thought that people would laugh at him – which is weird because he’s normally such a confident boy.

“Our friend Mark took some pictures and a video of him to give him his confidence back. Since then, it’s gone absolutely crazy.”She also added, “He’s so happy about it all. Marshall wants to be a goalkeeper when he grows up, so it’s a dream come true.”

As a baby, Marshall’s pictures were shared on Facebook tens of thousands of times and an anonymous noble stranger donated tickets for him and his father to the last home game of the season. To make it a moment he’ll never forget, the club contacted the family to say they were arranging for him to meet – and play – with the star-studded squad. 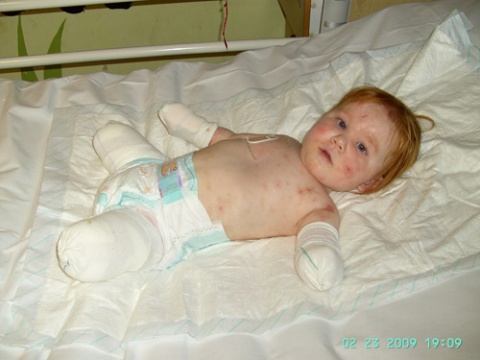