Home  /  Just In, News, Trending  /  Reporter Forced To Wear A Sweater On Live Tv Because Her Dress Was Too Revealing 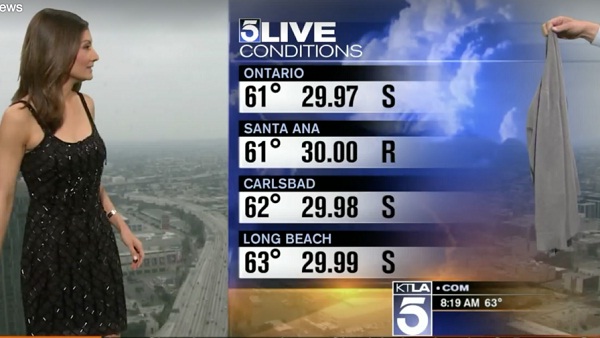 KTLA, a Los Angeles News Channel forced its Meteorologist, Liberté Chan to put on a sweater on Live Tv after receiving mails that her outfit was “too revealing”.

Liberté Chan was broadcasting the weather on Saturday morning on the American television station wearing a beaded black spaghetti strap dress. The presenter was soon handed over a grey cardigan by the male anchor Chris Burrous in the middle of the broadcast.

Confused Chan asked “”What’s going on? You want me to put this on? Why? Cause it’s cold?” Someone off camera responds “We’re getting a lot of e-mails”. Chan shot back “What?”

Chan later also posted her cardigan video to her facebook page asking her followers if they feel the same, but her followers came into her support. 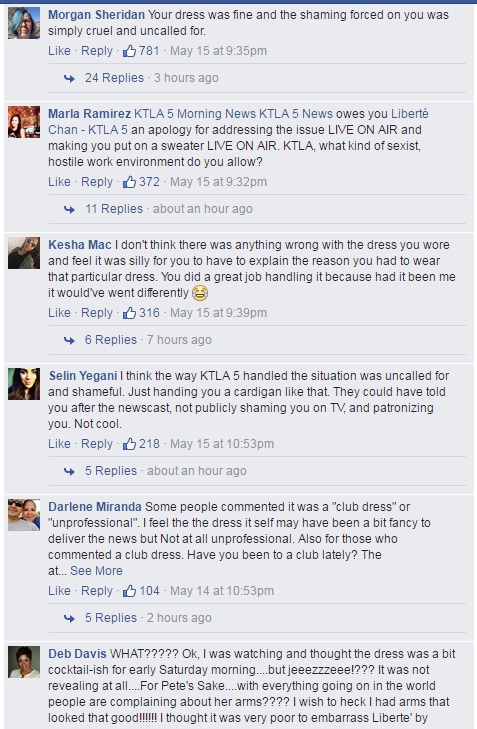