This Futuristic ‘Drone Hotel’ Will Have Flying Rooms

Usually, when people go outstation to travel, they don’t like to spend much time in their hotel rooms as they want to explore as much as possible in the limited time period. But a Canada-based design firm ‘Hok’ proposed a new futuristic concept called ‘Driftscape’ would make everybody want to stay indoors. The idea says that each room would be a flying glass pod.

The senior project designer Ian Rolston told that the Hok team calls Driftscape a ‘Drone Hotel’ and according to its design, the flying pods would be attached to a stationary hub but it could be detached to allow the passengers to fly in a given location. 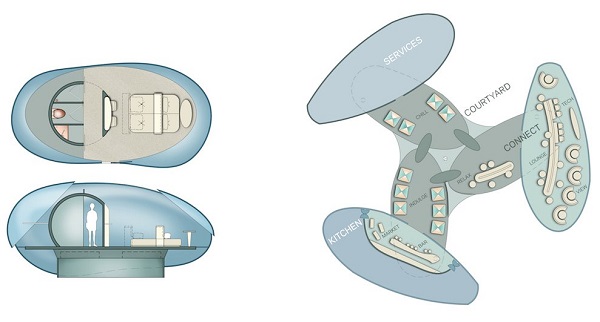 After beating 50 other hotel designs from 28 different countries, The Driftscape has bagged a position in final 3 best designs in this year’s Radical Innovation Award, a contest that searches for most innovative hotel designs. It still has to compete with other 2 finalists in October.

The hotel would be holding around 15 flying pods (Driftcrafts) which would be attached to a central hub that would house a main lobby, lounger, restaurant and bar. Each 200 sq. ft. pod will be able to fir 2 adults, with space for a queen-sized bed, a bathroom with non-transparent walls and a desk. 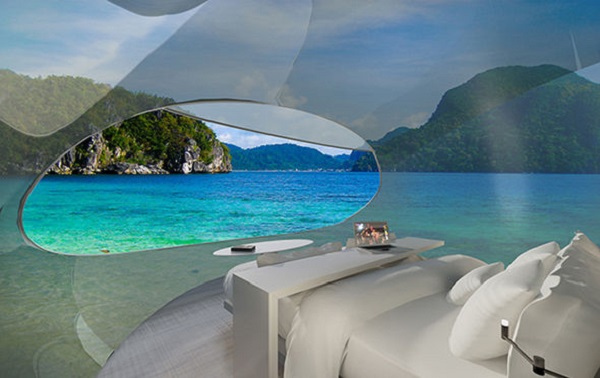 The pods would contain a dashboard with camera so that the guests could take pictures while they zoom around. Before boarding, the guests would work with the hotel staff to design the individual flight plan and once the pods are detached from the central hub, guests would go their separate ways. The pod’s intelligent system would then follow the plan automatically allowing the guests to just sit back and enjoy their view. Once it ends, they all would fly back to the central hub and reconnect.

Though the idea seems unrealistic, it could actually be commercially available in a few decades. The basis on which the jury of Radical Innovation Award has selected this idea as one of the finalists is that how innovative the idea is which could actually be possible. But yet, there are no concrete plans to build it as this type of drone technology isn’t really advanced enough. Also, since the design does not contain any wings, a much powerful motor need to be there than any other drone currently has to ensure the safety of the guests.

It is estimated if the ‘Driftscape’ ever becomes commercially available it wouldn’t cost more than renting a luxury car. 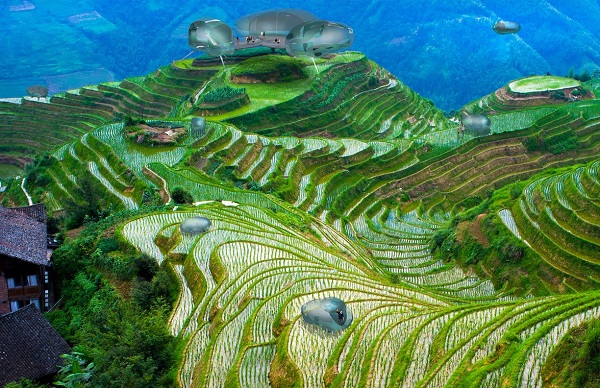 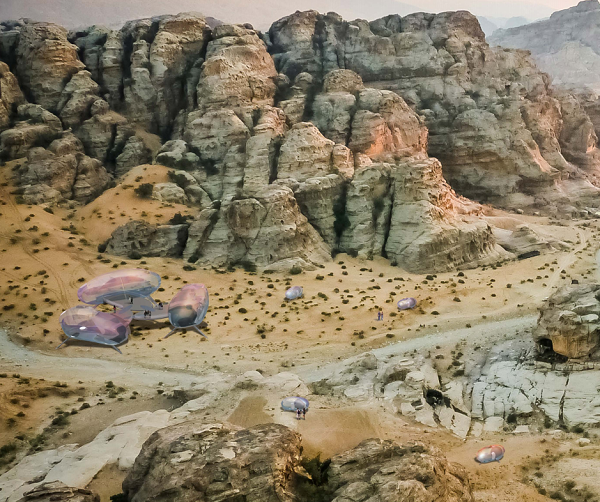