Home  /  Just In, News, Trending  /  This Man Is Getting Celebrities’ Deleted Tweets Inked On His Entire Body 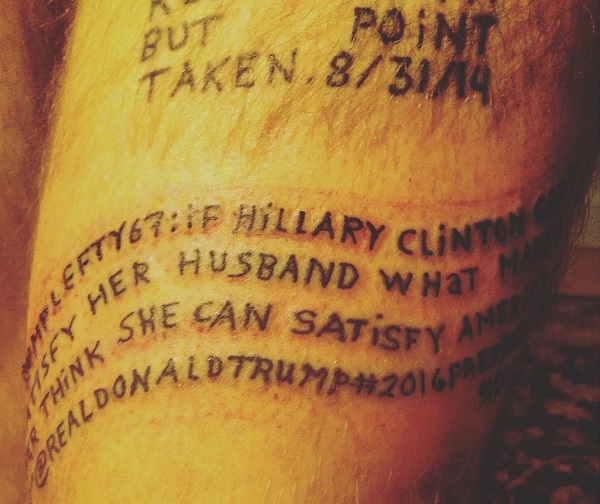 People are weird and this man has undoubtedly proved it. It is rightly said that people can do anything to get themselves into the buzz and this guy has chosen the craziest way to do it.

Under the name ‘The Tweettoo Project’, this man is getting celebrity deleted tweets inked on his body for real. He has been using the hashtag #WhatHappensOnTheWebStaysOnTheWeb and has already eternalised social posts from a number of the world’s most famous people. This includes a sexist jibe from Donald Trump (“If Hillary Clinton can’t satisfy her husband what makes her think she can satisfy America?”), a drugs confession from Justin Bieber (“Everyone seems to be making a fuss over my cannabis situation. It’s not going to stop me doing it”), and a political power statement from Rihanna (“#FreePalestine”).

Kasper Norland says that he wants to explore the ‘powerful and potentially dangerous’ combination of celebrity and social media. “The Tweettoo Project is a work-in-progress art project,” he explains. “If a celebrity tweets a statement that he or she then for some reason deletes, it qualifies for my Tweettoo project.”

He also added, “Anyone can thoughtlessly say offensive things they regret but when you do it on the internet it will stay there forever. Like a tattoo. Combine this with an audience of 1 million followers and you have a situation that could easily get out of control.”

Check them out for yourself: 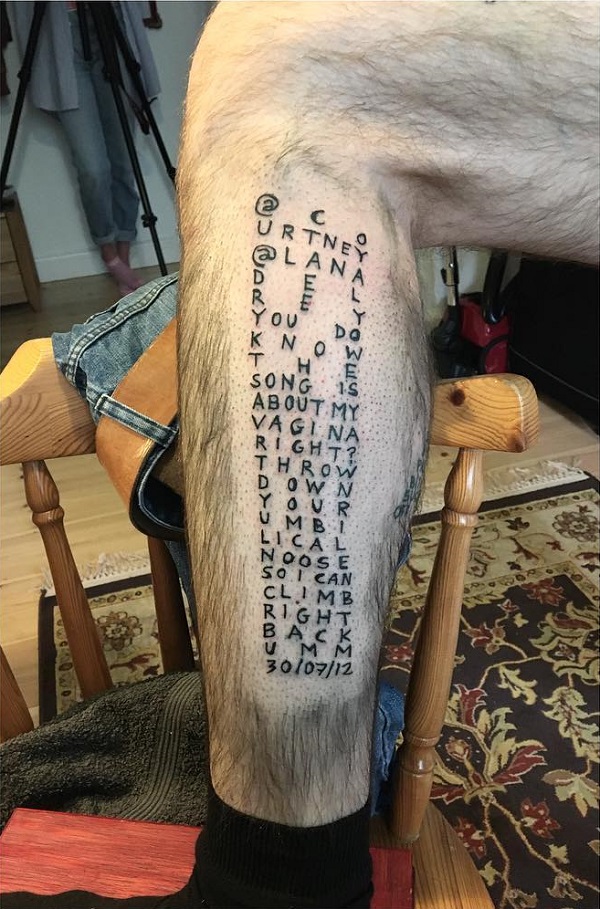 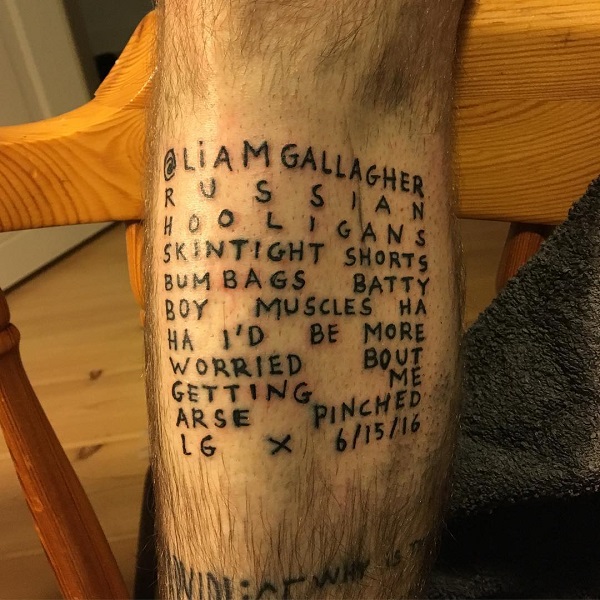