Home  /  Humor, Just In  /  11 Times Celebrities Came Up With The Greatest Comebacks On Twitter

11 Times Celebrities Came Up With The Greatest Comebacks On Twitter

We all know that twitter is a great way to connect with all sorts of people and get to know about what’s going on in the world at any time. And well, it’s a hub for celebrities to share their views and opinions with the general populace! But sometimes people just can’t seem to keep their tongues (or in this case, fingers) in check and come up with rather lewd comments and vulgar trolls. Not all of us know how to badger off these people, but there are some celebs out there who won’t take shit from anyone. Here are some of the greatest comebacks and burns that celebs have made on twitter that have earned our respect!

This leading lady is certainly the talk of the town these days due to her witty comeback to someone’s question regarding why she never changed her surname after marriage. 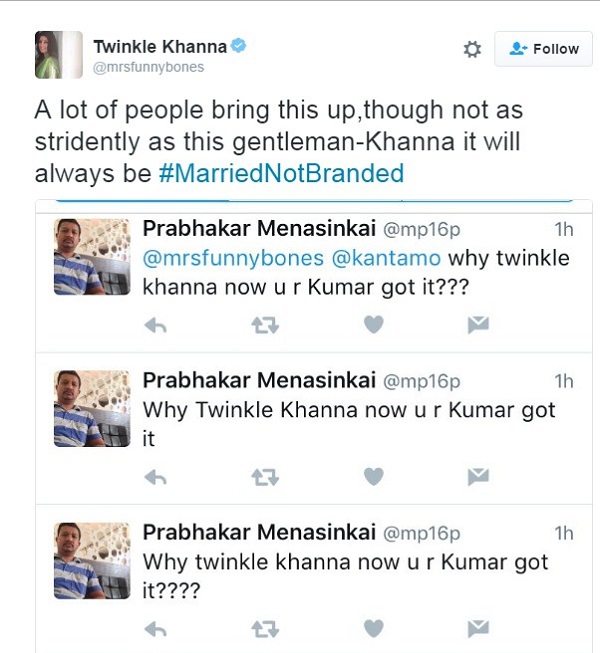 This badass actress posted the following picture in response to fat-shamers and the infamous Kamaal R Khan and proving that she’s more than just dabangg. 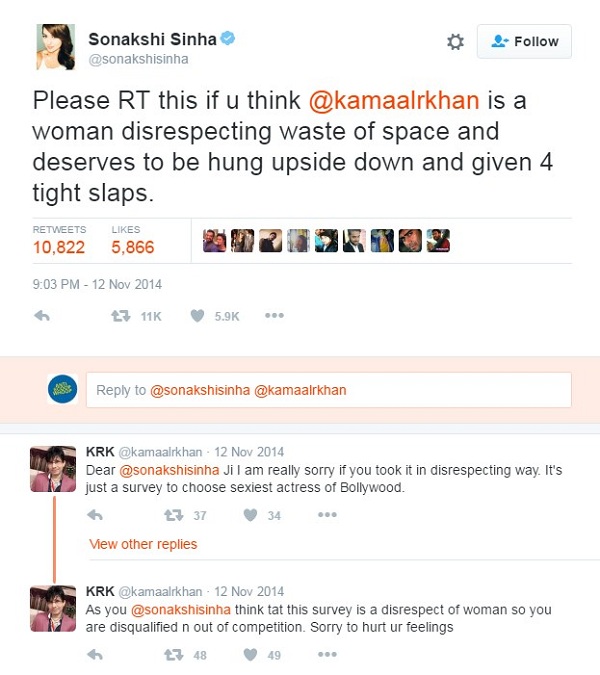 Riri is known for her sassy comebacks on social media and the following pictures just go to prove the same! 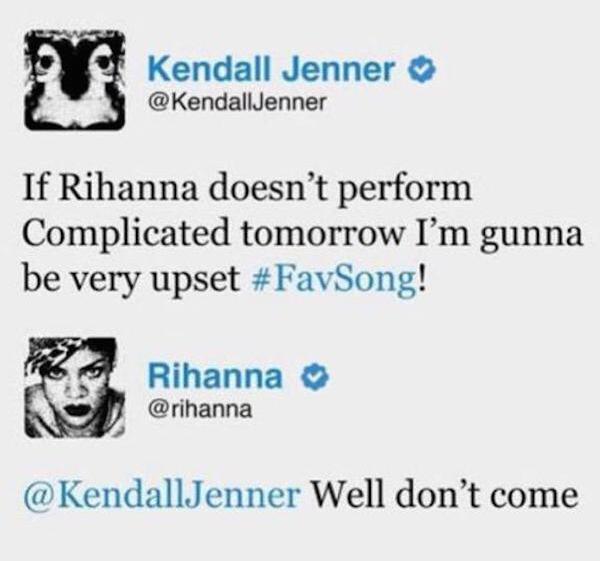 After TOI posted a video featured Deepika’s cleavage, the sizzling diva responded with some valid points through twitter: 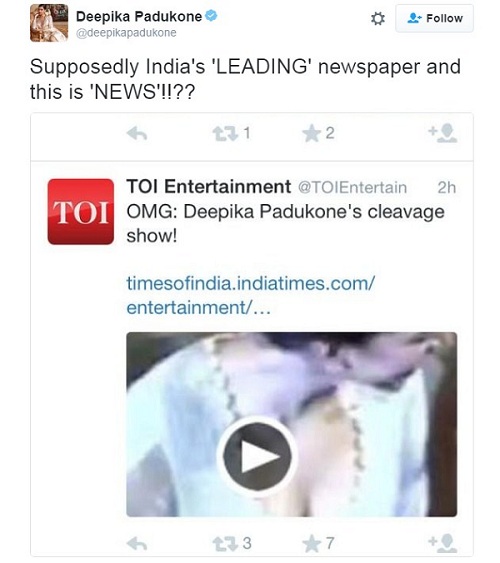 After which the people at TOI claimed that they actually intended their post as a ‘compliment’. 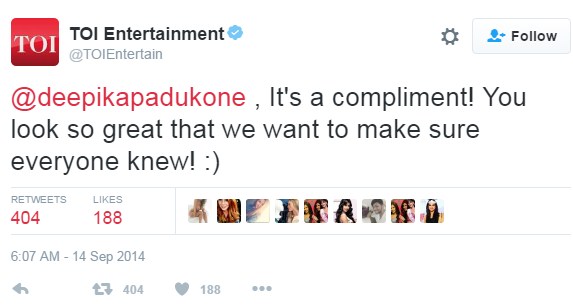 Celebrity comebacks can’t possibly get better than this. Take a look at it yourself and you’ll see how this iconic singer turned his weakness into something much more than strength! 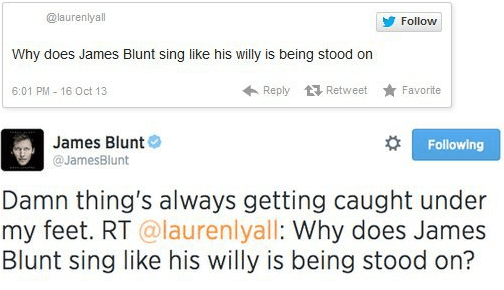 This Bollywood star didn’t let KRK get to her head and shot him down in the best way possible (he totally deserved it!) when he commented on one of her pictures. 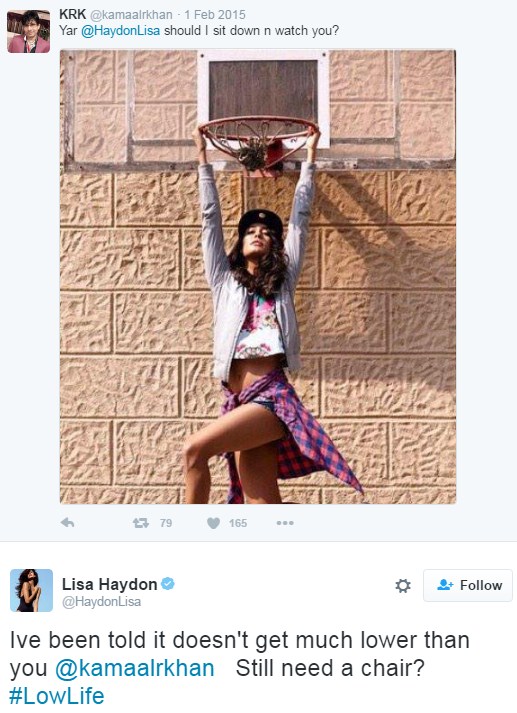 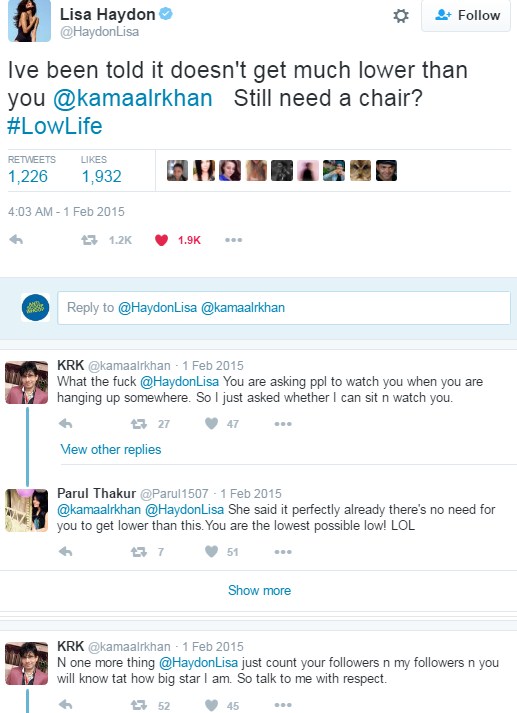 Though it’s not a celebrity per se, but you have to admit, whoever handles Taco Bells twitter count has an infinite level of sass. The creator of MySpace sure knows how to take criticism in his stride, and turn it into an epic burn while he’s at it. 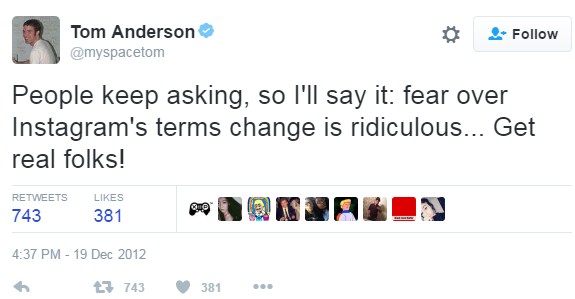 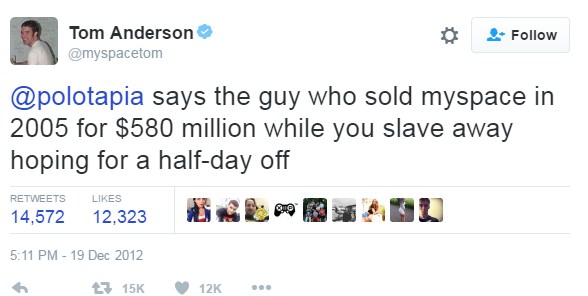 This actress sure got all of our respect when she didn’t hesitate to let her voice and opinions be heard. 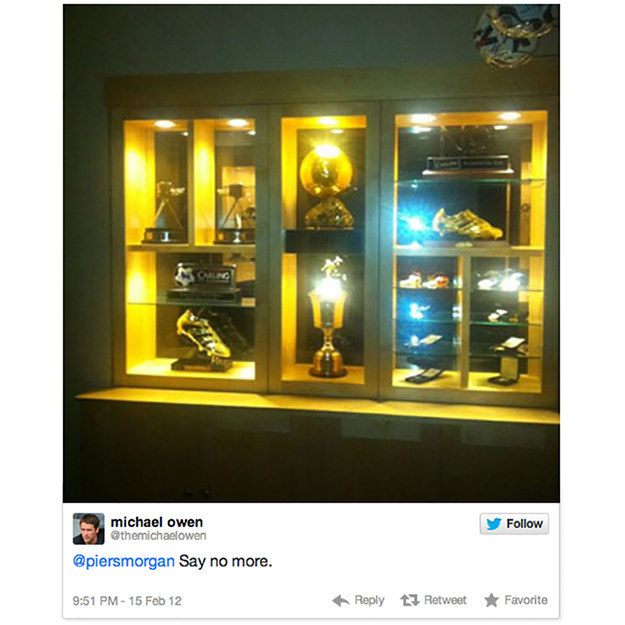 The football star sure knows how to shut critics up. 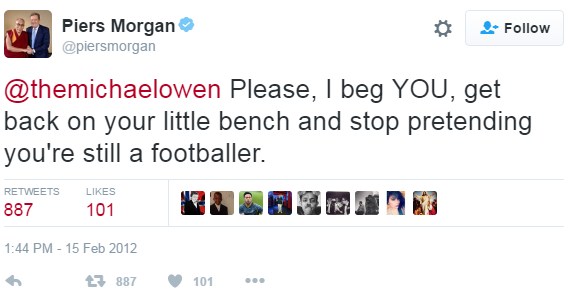 We all know that Alia Bhatt has been slammed many times since her general knowledge fiasco, but the actress still manages to slay haters with her witty words!

This amazing author had tennis star Serena Williams’ back when someone claimed that Serena was ‘built like a man’. 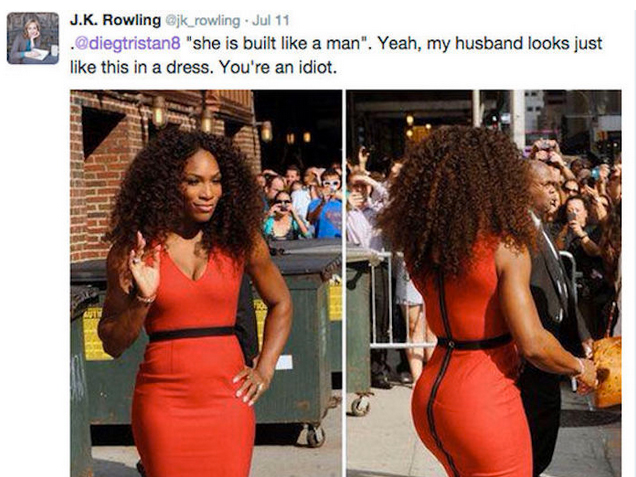 Bonus: This last one from James Blunt (again) 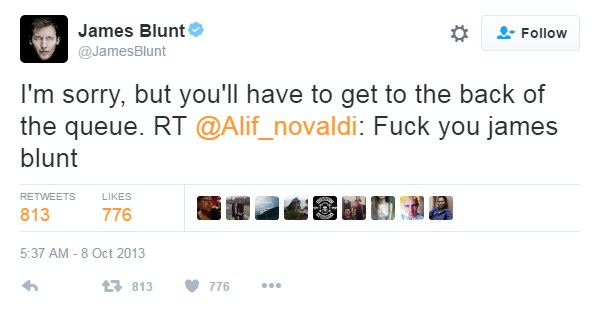