15 Most Impactful And Unforgettable Moments From The Rio Olympics 2016

Every 4 years, Olympics tournament brings along lots of hope, excitement and adventure for all the countries (especially the participants) across the globe and leaves with hundreds of memories to cherish. This year also, Rio Olympics 2016, the first ever to be hosted by a South American country, turned out to be magnificent 16 days of action, pooled with emotions and studded with stardom.

Where almost all of us are looking forward to the next Olympics Tokyo 2020, let’s take a moment to revive the golden moments that took place in this year’s.

1. Watching the Refugee Olympic team compete for the first time. 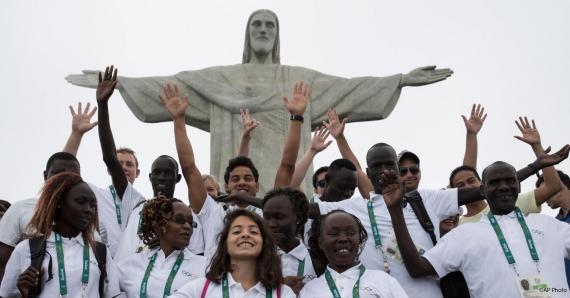 For the very first time, International Olympic Committee (IOC) sent a team of 10 refugees to compete at the Rio Olympics who carried the Olympic flag and marched to draw everybody’s attention towards the refugees all over the world. For those 10 people, just participating in the games was as good as winning a Gold medal.

“We are 10 refugees selected by the IOC and their flag leads us. Sixty-five million follow us, more than one country. We are inspiring them”, said Yonas Kinde who is an athlete and originally from Ethiopia. 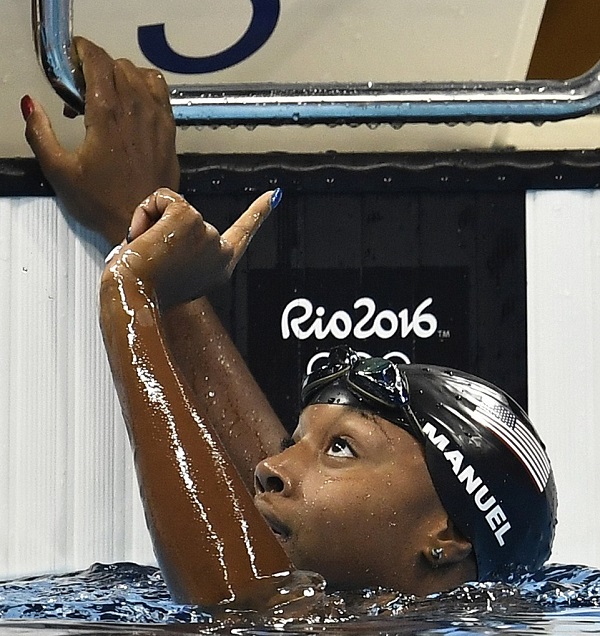 “I hope that I can be an inspiration to others, so this medal is for the people who come behind me and get into the sport and hopefully find love and drive to get to this point”, said Simone Manuel who became the first Black American to win an individual Olympic Gold medal. The moment she finished her 100m freestyle event, she leaned her head into her hands and cried her heart out realizing what she has achieved has become an historic moment. 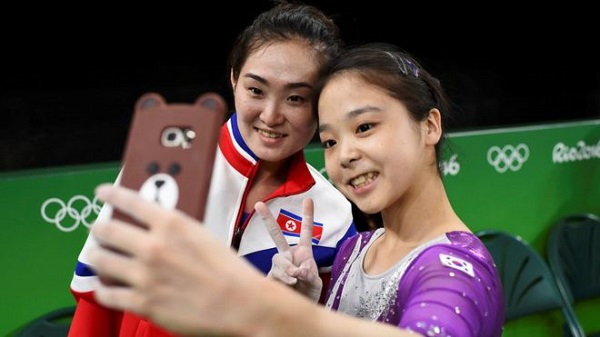 Not all humans choose war, some choose humanity over war and the two gymnasts, Lee Eun-ju of South Korea and Hong Un-jong of the North proved it by taking a quick snapshot during the qualifying rounds. The true Olympic spirit was enlightened and a message of peace and unity was spread to the entire nation.

4. Michael Phelps becomes the most decorated Olympian in history. 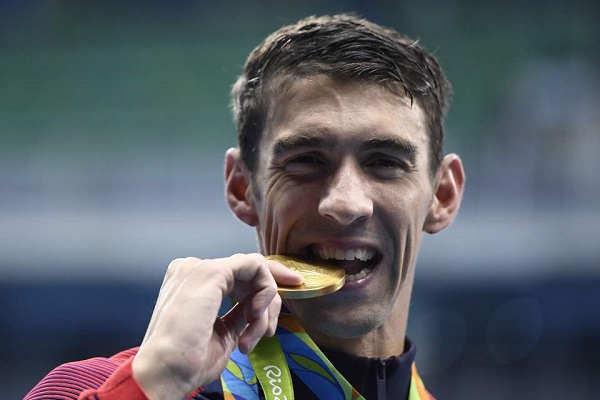 After he participated and won in this year’s Olympics, Michael Phelps now has a total of 28 medals, 23 of which are Gold, 3 silver and 2 bronze making him the most decorated Olympian ever. He has participated in 5 Olympics and has made his country proud every other time. Michael Phelps is currently 31 and finished his Olympic career with a Gold.

5. Majlinda Kelmendi secured her place in the record books after winning Kosovo’s first ever gold medal. 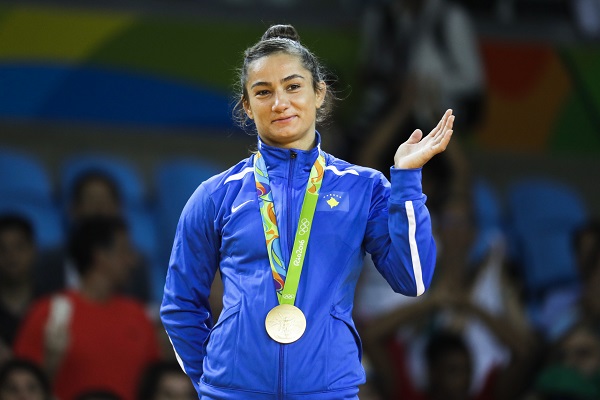 Kosovo is one of those countries that other countries fail to acknowledge and disapprove of their existence. But after a huge opposition from other countries, Kosovo was finally recognized by the International Olympics Committee in December 2014 and Majlinda Kelmendi brought home their first Gold Medal. The 25-year old defeated Italy’s Odette Giuffrida in the final of the women’s under 52 kilograms Judo event. 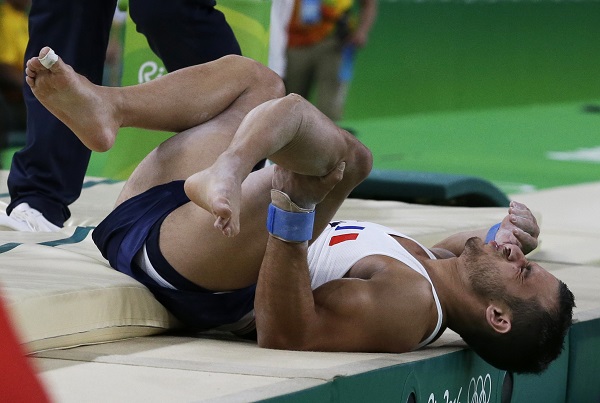 Horror took place amongst all who saw the terrifying moment where the 26-year old French gymnast, Samir Ait Said landed badly on the vault and his left leg folded beneath him before swinging loosely below the knee as he fell to the floor. The audience was stunned to death and he was immediately taken to the hospital.

7. China taking gold with this near perfect synchronized dive.

It is obviously important to be in sync at a synchronized event but this year, what Minxia Wu and Tingmao Shi of China showed was incredible. Their dive was perfectly in sync and Gold was very well deserved. 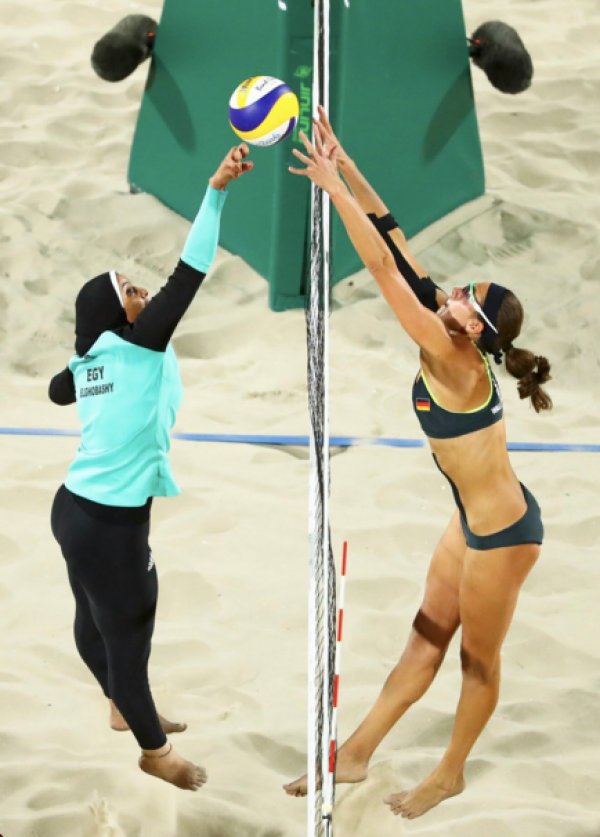 It might not have been noticed as such a big deal if it was not due to this particular pictured clicked by a photographer. Doaa Elghobashy (Egypt) and Kira Walkenhorst (Germany) were captured face to face playing the beach volleyball where Doaa wore a hijab whereas Kira wore bikini. Nothing explains the spirit of Olym[ics better than this one picture e are honored to see. 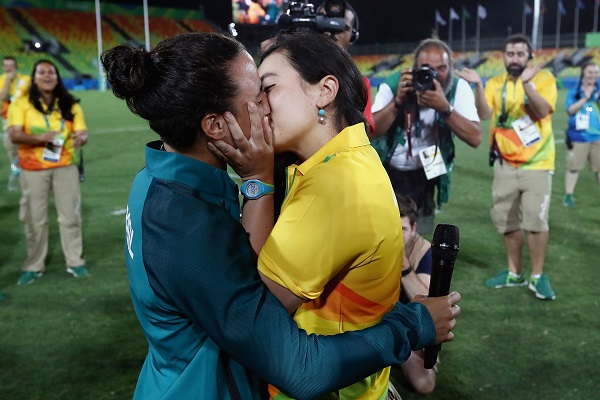 The first ever women’s rugby sevens tournament received a very romantic ending where volunteer Marjorie Enya proposed Brazilian rugby player Isadora Cerullo who was her partner from two years and the two shared a beautiful kiss in the stadium itself. Same-sex marriages have been legalized in Brazil since the year 2013 and the two have been very lucky to have this moment in their life.

10. Michael Phelps and his fan from 8 years both win a medal at a swimming event.

A wonderful moment was seen at the Rio Olympics when Michael Phelps lost a swimming race to one of his major fans, Joseph Schooling whom he met 8 years ago. Joseph not only defeated his idol at the Olympics but also got Singapore its maiden Gold medal.

“I really can’t describe how this moment feels. All the adrenaline is running through my veins right now. It’s a dream come true.” He said after the event.

11.When Dipa Karmakar could not win a medal but millions of hearts. 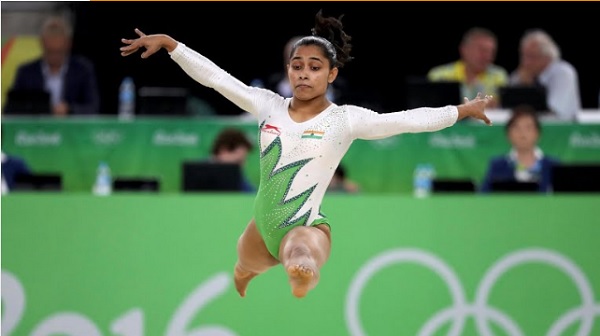 Indian gymnast, Dipa Karmakar scripted history by becoming the first female Indian gymnast to enter the Olympics and reaching the vault finals. Not just that, the woman secured fourth position and missed the medal by a figure of 0.15. But nevertheless, she won millions of hearts and made the whole country proud of her which is certainly better than any medal.

12. When the US runner stopped mid-race to help a fallen opponent 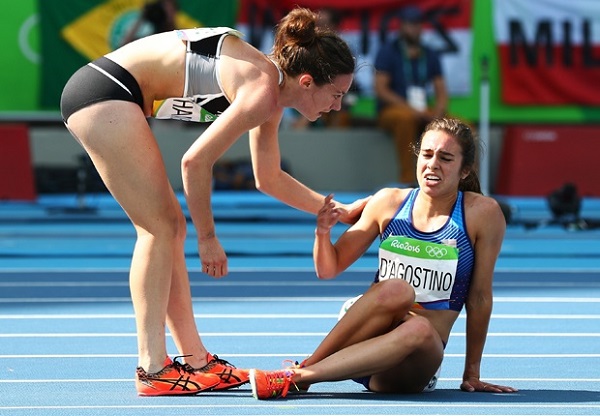 The true sportsmanship was demonstrated at the Rio Olympics when an American athlete Abbey D’Agostino stopped mid race to help New Zealand’s Nikki Hamblin during the 5000m heats. The incredible moment happened when the New Zealand athlete first tripped taking D’Agostino with herself. But the US athlete got up first and instead of finishing her race she bent down to help her opponent and encouraged her to finish the race. The woman with a humble heart sure missed the medal but won everybody’s respect. 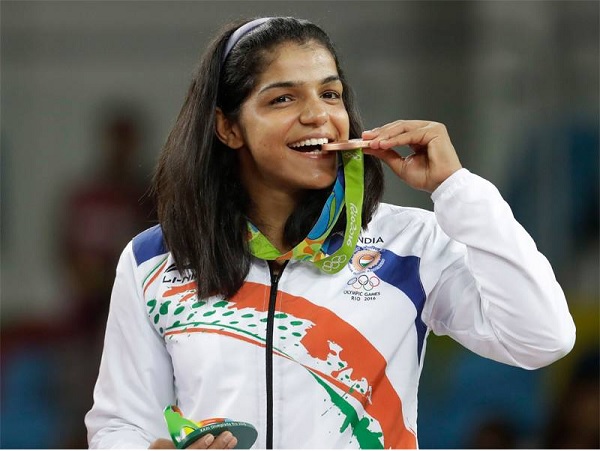 Just when India was suffering from drought of medals at Rio Olympics, Sakshi Malik came in as a knight in shining armor and won a bronze for her country. Not just that, she also became the first female wrestler to win an Olympic medal making the country proud of her. 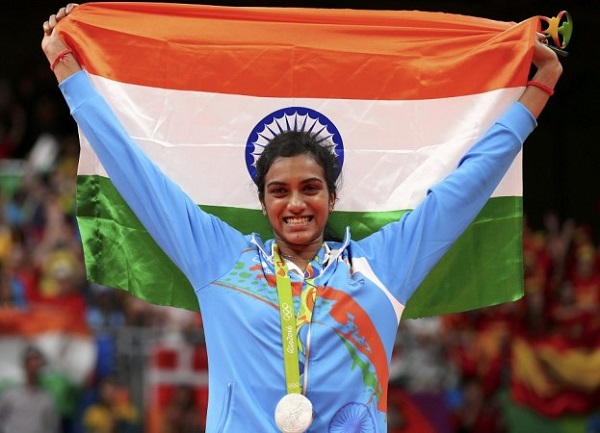 PV Sindhu, which is currently the most searched name on Google India scripted history by becoming the first Indian to enter badminton finals at Olympics. That was a moment when the whole nation came together to raise their voice in support for a sport apart from cricket and cheered their player. PV Sindhu won a Silver but made her golden spot in everybody’s minds and hearts.

Amidst every other thing, this young girl who is only 18 became the youngest Indian female golfer to enter Olympics and also reached the final round. She sure did not won a medal but confirmed that India’s golf future is in safe hands.