Home  /  Just In, Travel  /  15 Reasons Why Iceland Should Definitely Be In Your Travel Radar

15 Reasons Why Iceland Should Definitely Be In Your Travel Radar

In a world that flocks to the Caribbean or the scenic beauty of Paris the moment vacations strike, it’s not hard to believe that there are places out there that are similarly beautiful but highly underrated. And of course, one of those places is Iceland. With a total population much lower than Delhi, it’s probably one of the most underrated tourist destinations ever, but trust me, it’s a place that may turn out to be more beautiful than the clichéd holiday destinations of the world.

Why exactly is Iceland one of the best and most amazing places ever? Surely, these pictures will answer your question (and maybe you’re next holiday will turn out to be here!).

1. This colorful bonanza is what the capital (and only) city; Reykjavik looks like 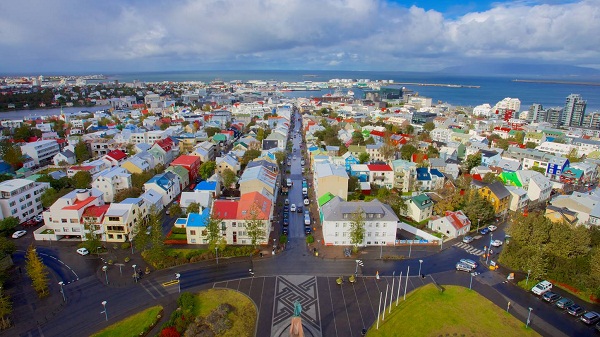 Not to mention, the mayor of the city is a punk rock ex-taxi driving comedian turned politician from a political party called ‘The Best Party’. 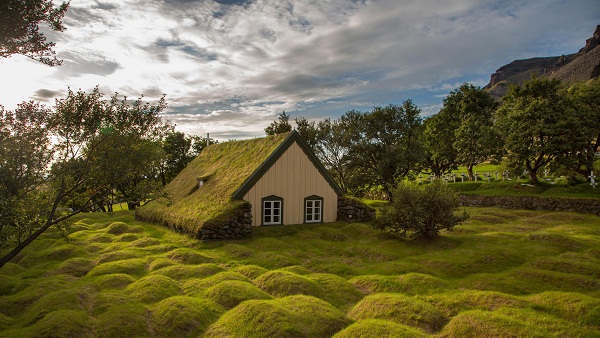 Iceland is home to some of the last known peat churches (made of wood and peat). Those mounds on the ground are actually ancient graves! 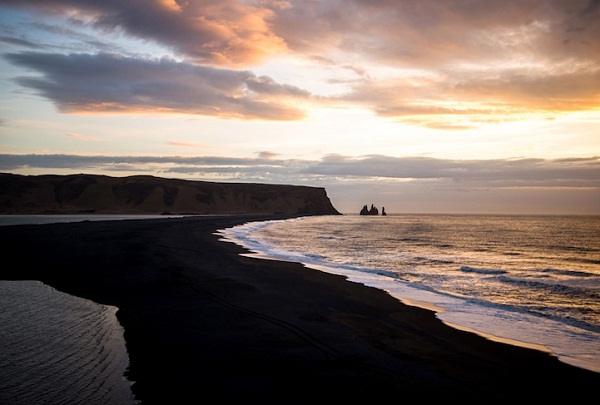 Believe it or not, but Iceland is home to certain beaches that have black sand! And in some cases you might even find icebergs washed up on the shore. 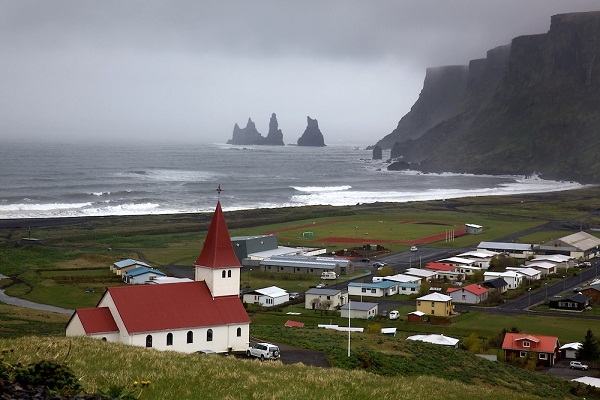 With its tall geometric basalt columns that make no sense and the beach of black sand right next to a peaceful shore side village, this is one spot out of a storybook! 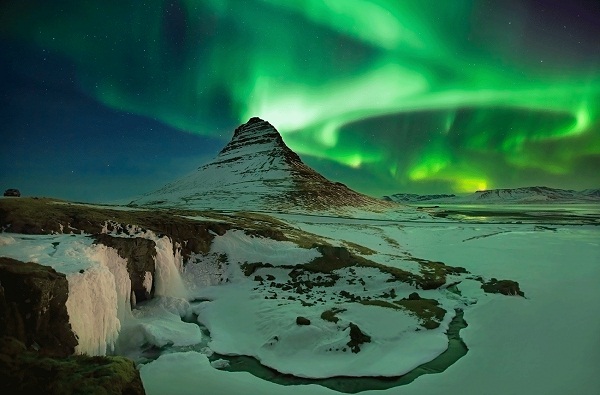 Nothing can compare to the magic and wonder of seeing the northern lights illuminate the sky and Iceland is one of the most perfect place to see it happen! 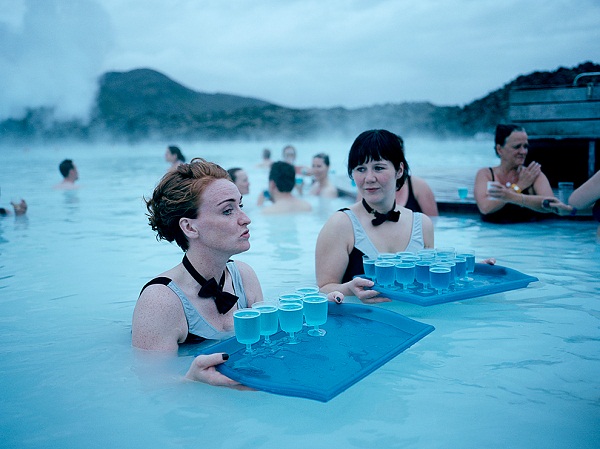 This steamy natural hot spring is not only beautiful but the water is known to have healing properties for the skin. Not to mention, the lagoon offers a swim up bar that cures everything else!

7. The uncountable variety of waterfalls 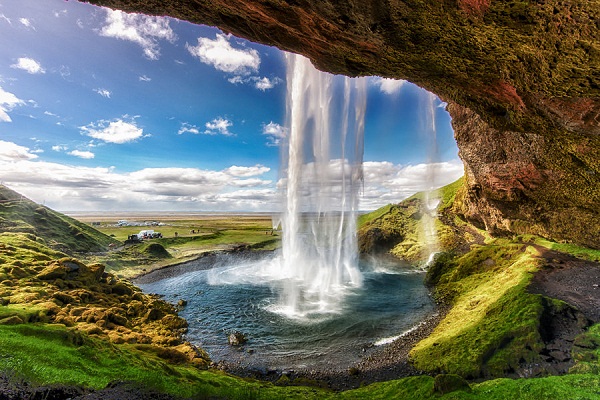 The country is simply speckled with waterfalls everywhere in all shapes and sizes. It’s like a piece broken off from Neverland and set in the real world!

8. The beautiful (and active) volcanoes

Don’t worry, they’re active but not dangerous if you know how to be careful. What they really are is beautiful.

9. The best (and most preferred) mode of transport is horseback 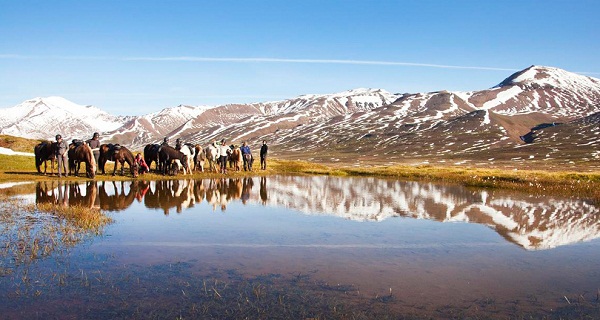 Set foot into medieval times where you bundle up in winter clothes and set off atop a horse. Also, Icelandic horses are unique in their own way, and so gravely majestic. ‘The one thing you must never do in Iceland is upset and elf’. Icelanders actually go out of their way to make paths around places where they believe elves or other creatures live and even build them little houses! 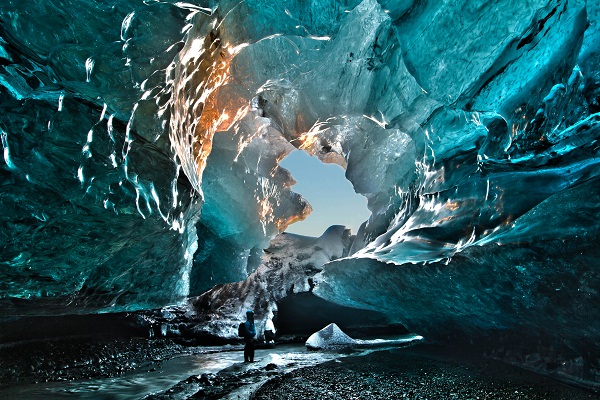 What could be more astounding and captivating than caves made entirely of ice? 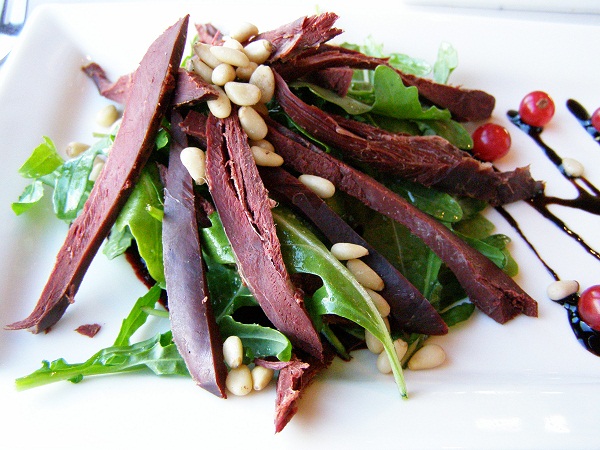 Maybe you might not have the taste for fermented shark or tweaked seafood but Iceland has a vast variety of unique food to offer, surely something will suit your taste! 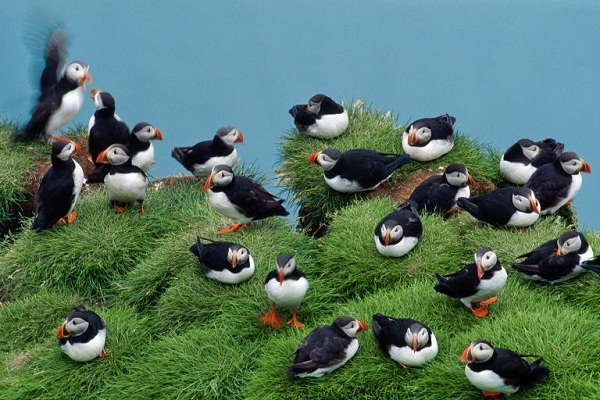 In the summer months of the Icelandic year, flocks of Puffins migrate to the shore in various nesting destinations that are a sight to behold!

14. In the summers, it becomes the land of the midnight sun 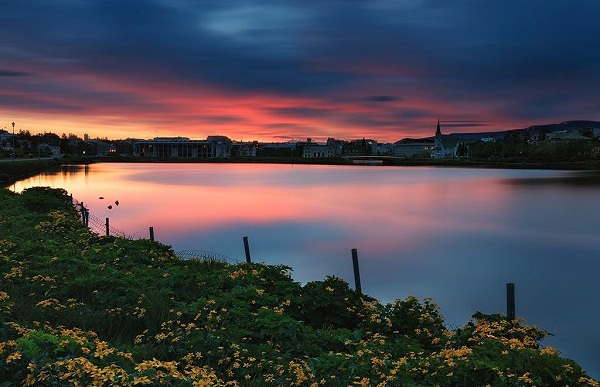 That’s right, being at the top of the Northern Hemisphere, Iceland observes daylight from midnight till 3 am in the summer months. And the 3 hours of night never really get actually dark.

15. The landscape is more enchanting than a painting 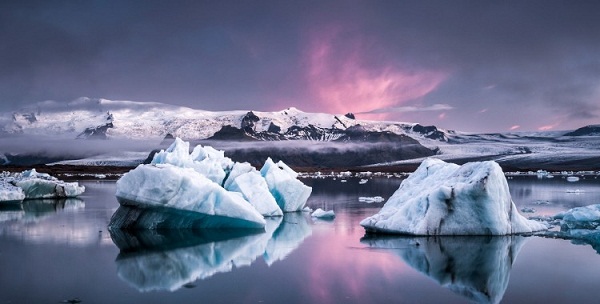 Whether you’re hiking along on foot or looking down at the terrain from your window seat in flight, everything you set your eyes upon looks like something out of a fairytale!