Abhay Deol has done what no other celebrity has dared to do on a scale as big as this – Lashing out on all the fellow Bollywood celebrities for endorsing fairness creams and products. It is actually a sarcastic retaliation against the comments of a BJP politician who stated that Indians are not racist. “If we were racist, why would we have all the entire south… why do we live with them if we are racist? We have black people around us.” 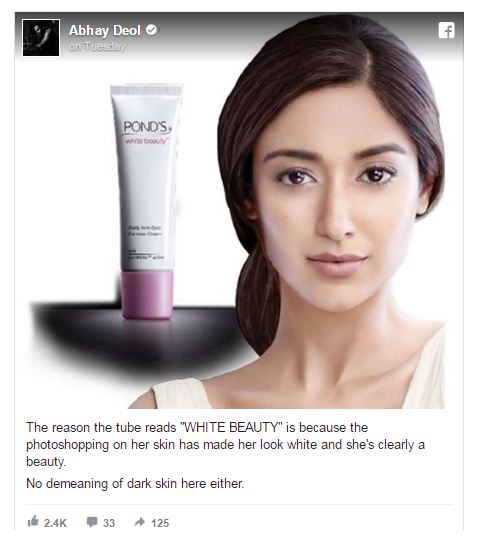 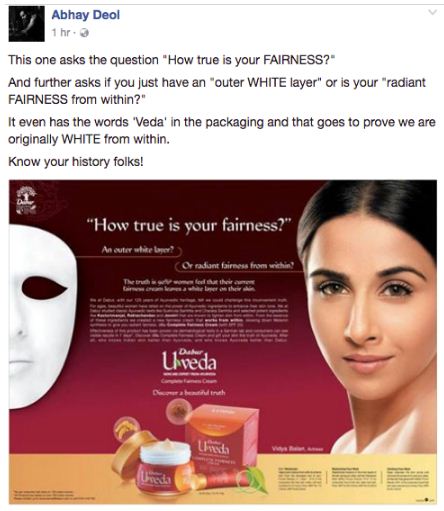 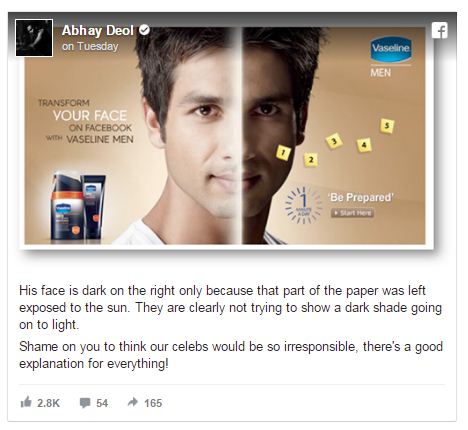 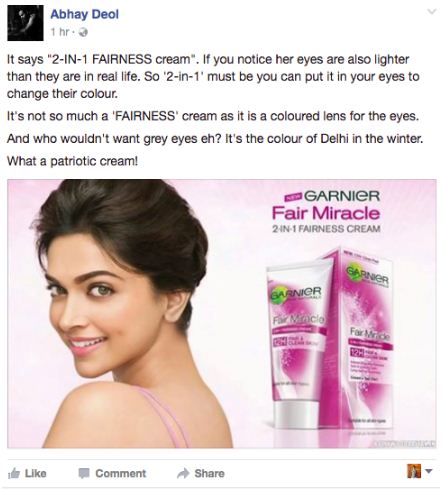 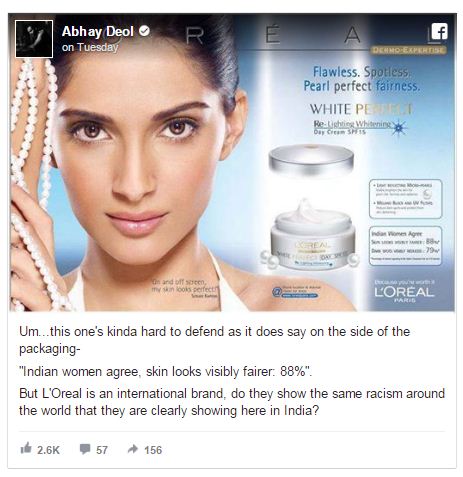 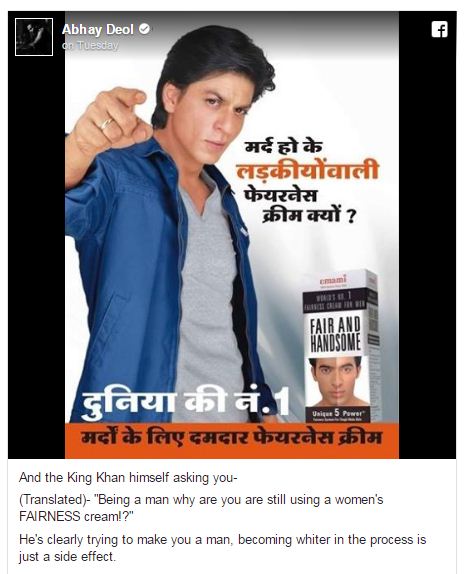 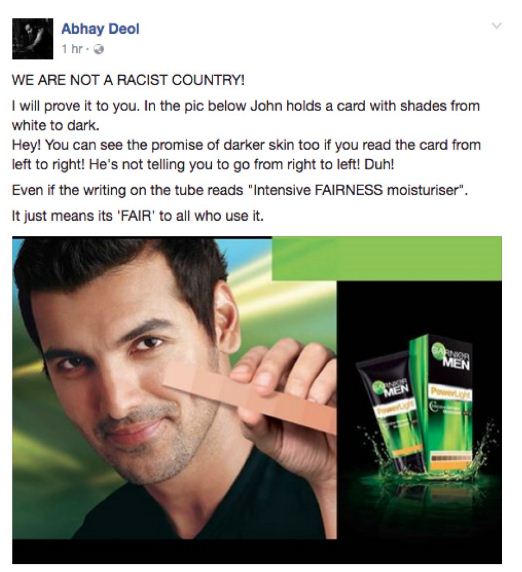 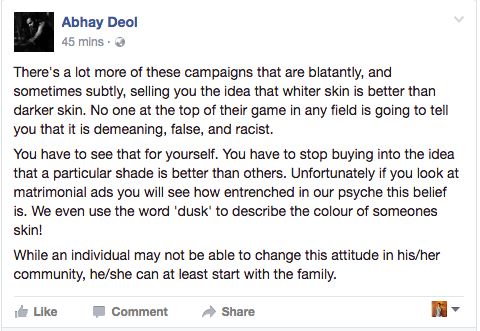 Later on, the actor also shared a list of his other actors who have refused big moolah to sell fairness creams such as Kangana Ranaut, Ranbir Kapoor, and Randeep Hooda.

Now, all this did not go down well to Sonam Kapoor, who brought out Esha Deol’s endorsement to retaliate: 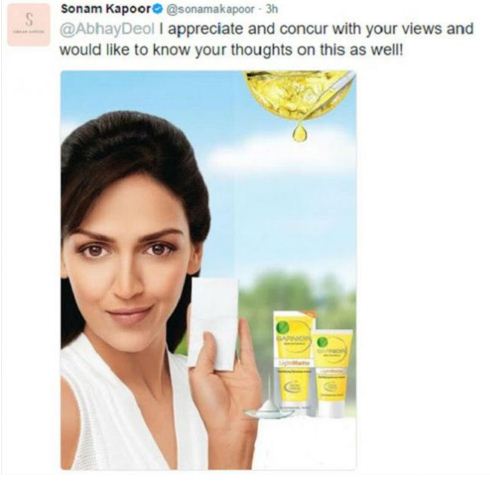 Is wrong too. For my views read my post. https://t.co/Jw9CNINd6t

To which Sonam replied, she was ‘too young’ to understand the ‘ramifications’ of endorsement. 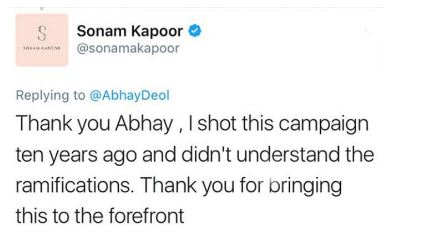 Sonam lost it, but soon after deleted her reply

The twitterati as usual, had their share of laughter!

@AbhayDeol Why did you delete your tweet @sonamakapoor ? Felt ashamed that your personal attack was so uncalled for?

@AbhayDeol @sonamakapoor ppz stop playing this cheap card of dragging others family by going in past . What abhay said implies for all .

@AbhayDeol It's wrong on her part to bring this personal matter to discussion on twitter.

@AbhayDeol Only if @sonamakapoor would have taken 5 mins to read your views instead of wasting her time looking for a pic to prove You wrong:.

@AbhayDeol .@AbhayDeol I appreciate and concur with your views and would like to know your thoughts on this as well. pic.twitter.com/O1I845MnnP