All About The Greatest Boxing Legend Muhammad Ali

He was suffering from Parkinson’s, a progressive neurological condition, for three decades. The disease slowly robbed him off his legendary verbal grace as well as physical sleight.

2. He started off his boxing career after his red-and-white Schwinn bicycle was stolen at the age of 12. When he went to file a report against the theft, he met Officer Joe Martin who introduced Cassius to the boxing world. Cassius then vowed to rip off whoever stole his bicycle, however, it never happened.

3. In no time, he turned into a professional boxer and used to knack about his own talents which earned him the nickname “the Louisville Lip”. But he also backed up his words by his actions and went Miami to train with the legendary trainer Angelo Dundee to prepare himself for getting a shot at the heavyweight title. 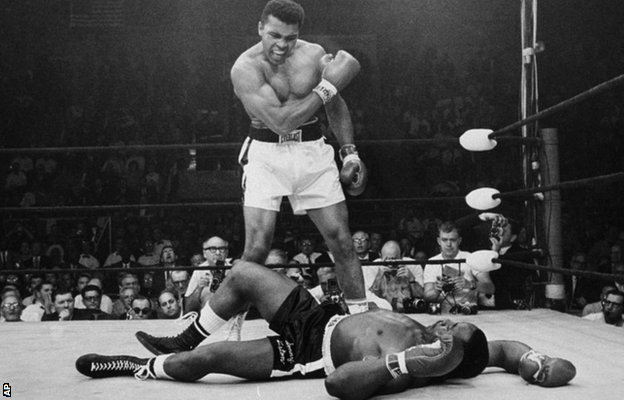 4. Clay made his professional debut on October 29, 1960, winning a six-round decision over Tunney Hunsaker. He won a Gold Medal in 1960 Rome summer Olympics. From then until the end of 1963, Clay amassed a record of 19–0 with 15 wins by knockout.  Clay also beat his former trainer and veteran boxer Archie Moore in a 1962 match.

5. At the age of 22, he won the world heavyweight championship in 1964 from Sonny Liston in a stunning upset. 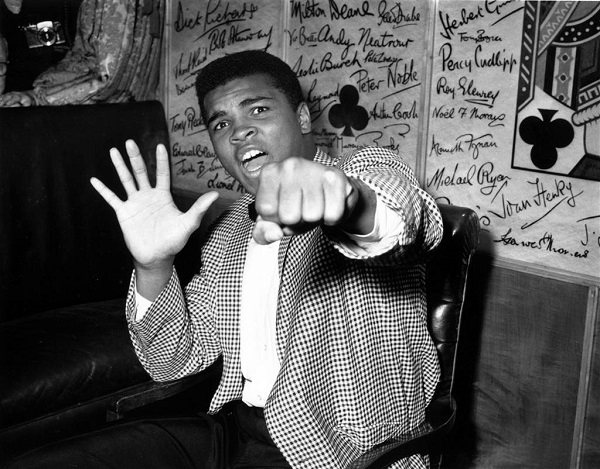 6. Ali also acted out against American racism. After he was refused services at a soda fountain counter he threw his Olympic gold medal into a river.

8. In 1967, during the Vietnam War, Ali was also drafted to serve in the U.S. Army. He’d said previously that the war did not comport with his faith, and that he had “no quarrel” with America’s enemy, the Vietcong. He refused to serve. “My conscience won’t let me go shoot my brother, or some darker people, some poor, hungry people in the mud, for big powerful America, and shoot them for what?” Ali said in an interview. “They never called me nigger. They never lynched me. They didn’t put no dogs on me” He added.

9. At an Army recruiting station, Ali refused to step forward when his name was called. The heavyweight champion was arrested, and the New York State Athletic Commission immediately suspended his boxing license and stripped him of his title. Ali was convicted of draft evasion, sentenced to the maximum of five years in prison and fined $10,000, although he remained free while the conviction was appealed. In 1970 the New York State Supreme Court ordered his boxing license reinstated. The following year, the U.S. Supreme Court overturned Ali’s conviction in a unanimous decision. 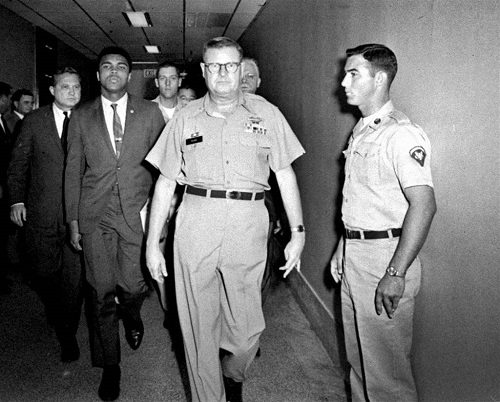 10. Ali later turned to the lecture circuit, speaking on college campuses, where he engaged in heated debates, pointing out the hypocrisy of denying rights to blacks even as they were ordered to fight the country’s battles abroad.

11. During his 43-month forced exile from the ring, Ali took to the stage in the title role of the musical “Buck White.” The production opened inside New York’s George Abbott Theatre on December 2, 1969 where Ali, played a militant black lecturer and received decent reviews. “He sings with a pleasant slightly impersonal voice, acts without embarrassment and moves with innate dignity,” wrote a New York Times reviewer. “He does himself proud.” 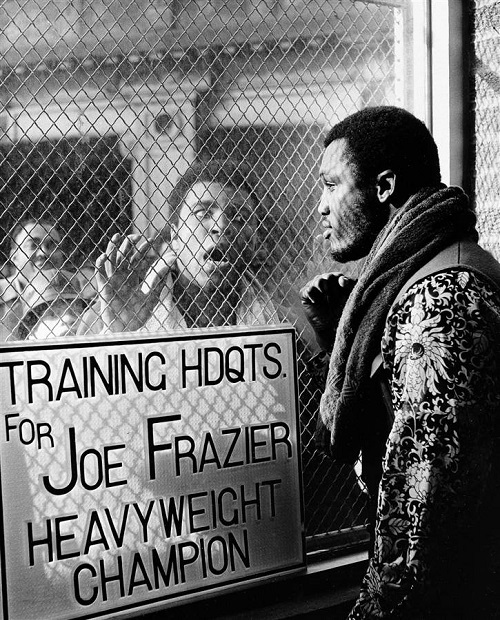 12. Ali was 39 when he took retirement in 1979. He returned in 1980 for a title match against Larry Holmes, which he lost. Ali lost again, to Trevor Berbick, the following year. He finally confirmed his retirement after this.

13. The following year, Ali was diagnosed with Parkinson’s disease. “I’m in no pain,” he told The New York Times. “A slight slurring of my speech, a little tremor. Nothing critical. If I was in perfect health — if I had won my last two fights — if I had no problem, people would be afraid of me. Now they feel sorry for me. They thought I was Superman. Now they can go, ‘He’s human, like us. He has problems.”

14. The decline in health did not affect his religious duties. He switched to mainstream branches of Islam. He travelled to Lebanon in 1985 and Iraq in 1990 to seek the release of American hostages. He lit the Olympic flame in Atlanta 1996 with trembling hands. He looked weaker with each public appearance he made. 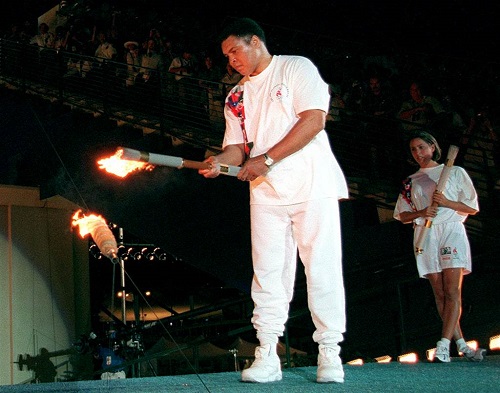 15. In 2005, President George W. Bush honored Ali with the Presidential Medal of Freedom, and his hometown of Louisville opened the Muhammad Ali Center.

16. He had a death scare in 2013, and last year he was rushed to the hospital after being found unresponsive. He recovered and returned to his new home in Arizona. In his final years, Ali was barely able to speak. Asked to share his personal philosophy with NPR in 2009, Ali let his wife read his essay: “I never thought of the possibility of failing, only of the fame and glory I was going to get when I won,” Ali wrote. “I could see it. I could almost feel it. When I proclaimed that I was the greatest of all time, I believed in myself, and I still do.”