Home  /  Latest Story, News  /  Celebs Come Out In Support Of Sanjay Leela Bhansali After He Got Assaulted On The Sets Of Padmavati In Jaipur

Veteran filmmaker Sanjay Leela Bhansali was recently attacked by the members of the Rajput Karni Sena on the sets of his upcoming film Padmavati at the Jaigarh Fort in Jaipur. The so called activists stormed inside the set, slapped Mr. Bhansali and vandalised all the equipment. Police and media were called at the moment and when questioned, the activists alleged that they’ve received information that the film shows their much celebrated and much respected Queen Padmini in poor light. The film is based on the life of Queen Padmini who refused to submit herself to empror Alauddin Khilji and killed herself before he could force her. According to the members of Karni Sena, the movie has a sequence  where Ranveer Singh who plays Alauddin Khilji would be romancing with Deepika Padukone, playing Queen Padmini which is a “blatant distortion of history”.

#SanjayLeelaBhansali manhandled on the sets of #Padmavati in Jaipur, here’s the video… pic.twitter.com/Gxyf63270L

“We have learnt that the filmmakers are portraying the film as a love story between Alauddin Khilji and Padmini, which is a blatant distortion of history. That is why we stopped the shooting and told the makers that we won’t let them continue unless they make changes,” said Narayan Divrala, district president, Karni Sena.
“We had learnt that a few intimate scenes between Alauddin Khalji and Padmini were part of the film and it is completely unacceptable for us. On Friday morning, when members of Karni Sena went to the Jaigarh Fort, an argument happened and some people associated with the shooting party opened fire on air which accelerated the tension,” alleged Lokendra Singh Kalvi, founder, Karni Sena. 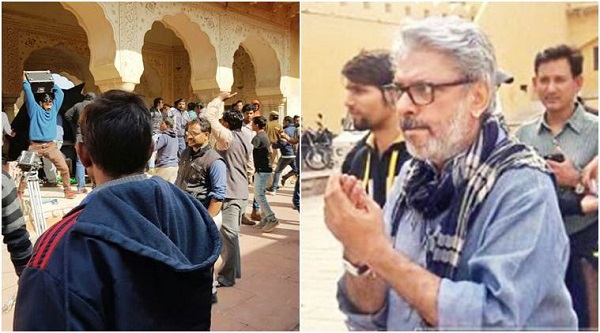 The entire film fraternity has been outraged by the act, and as soon as the news went viral and reached the big names of the industry, all came out in support of the filmmaker and demanded for proper legal action against the party. 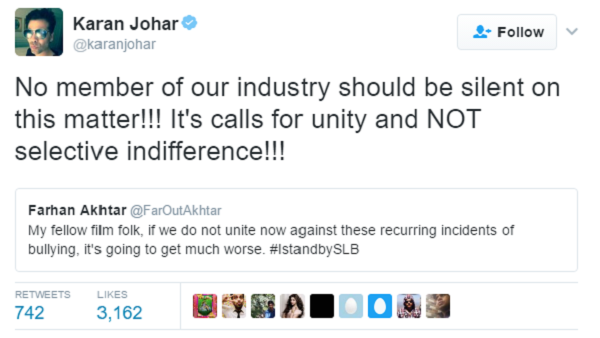 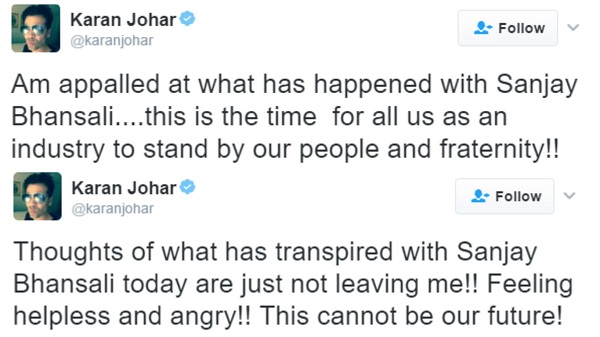 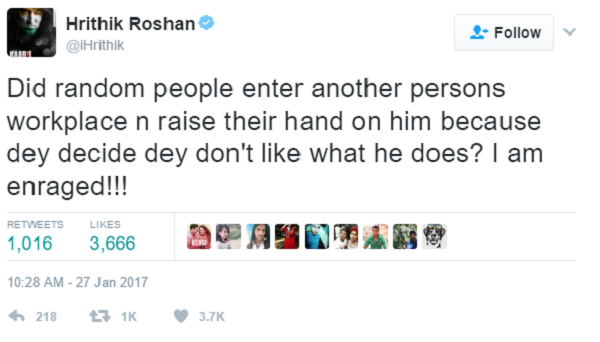 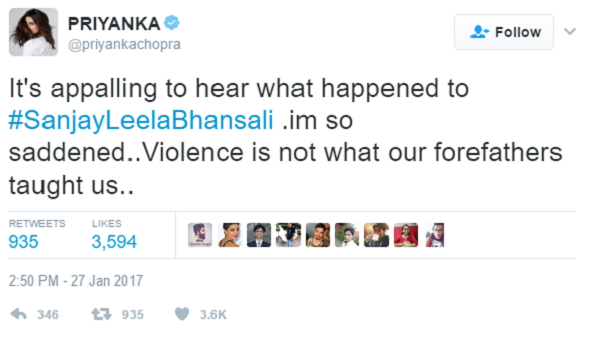 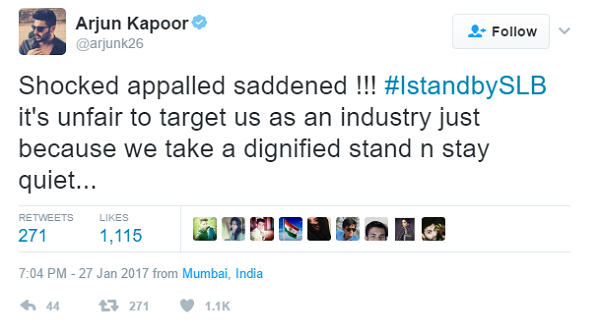 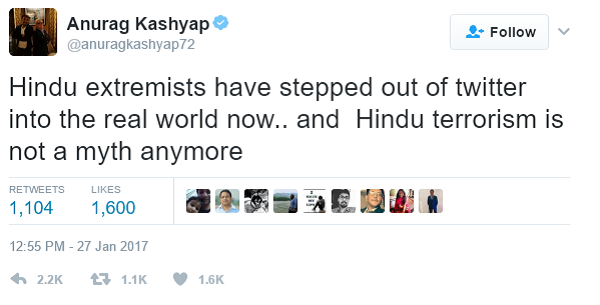 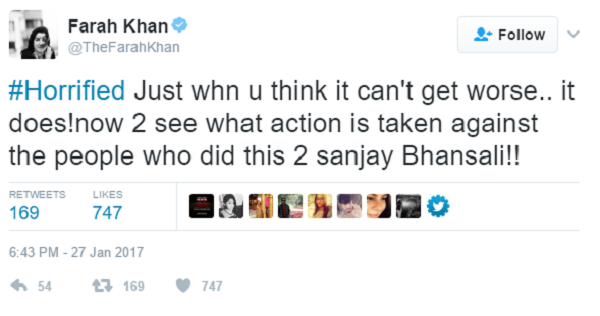 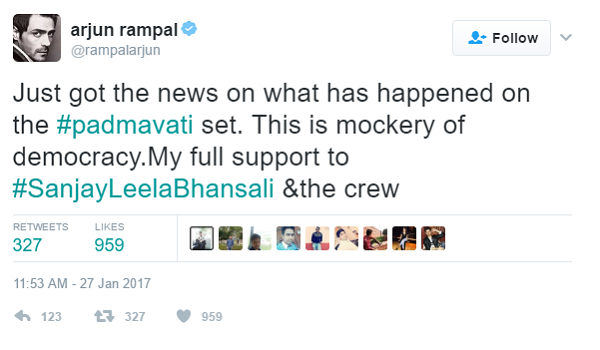 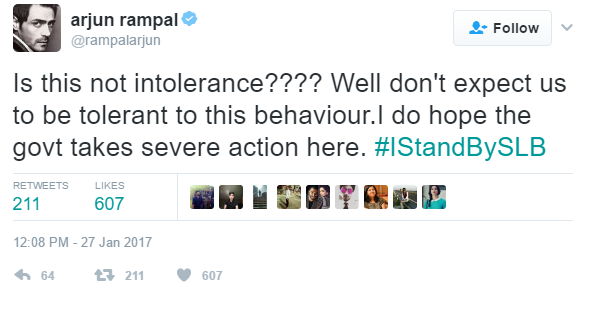 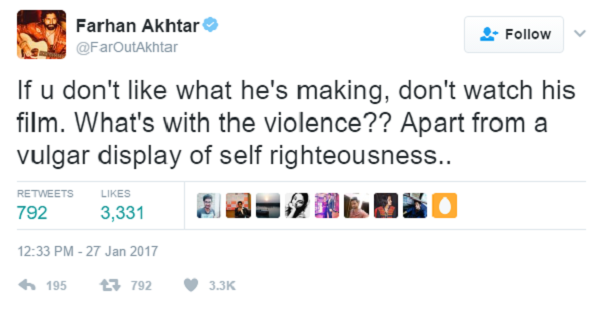 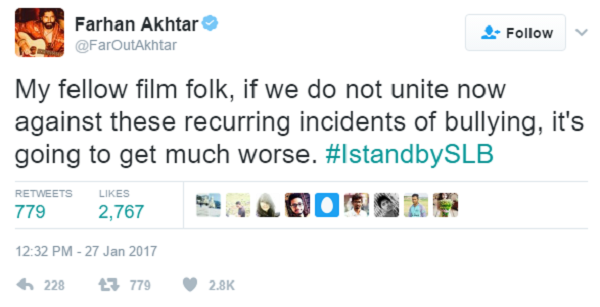 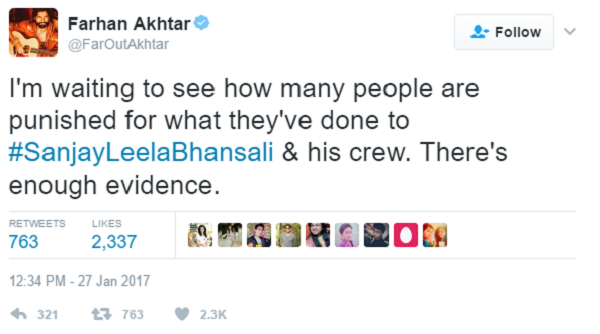 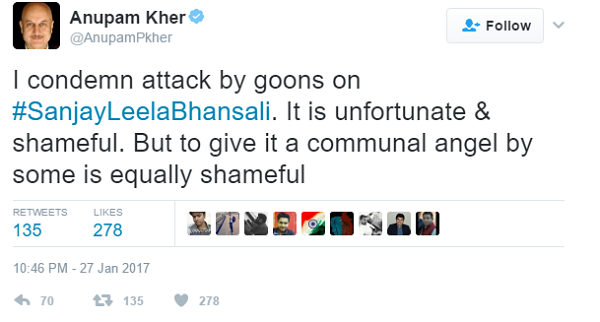 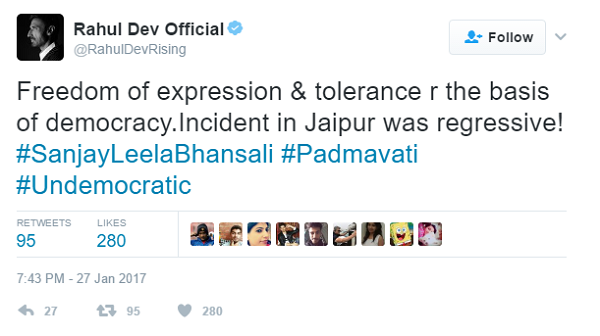 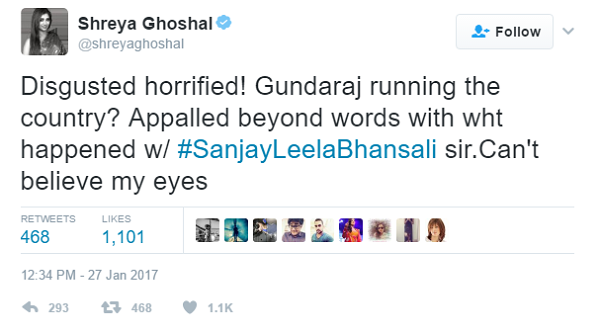 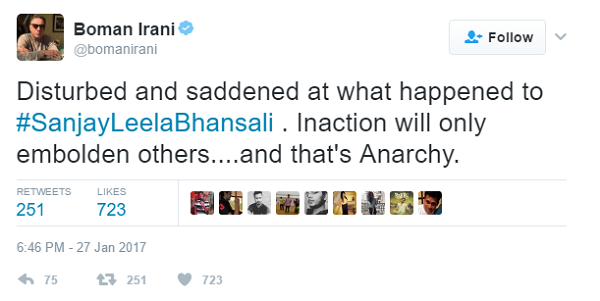 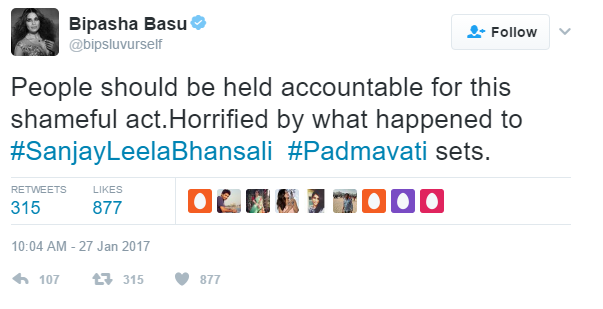 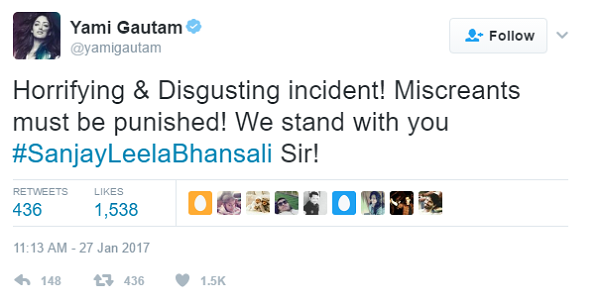 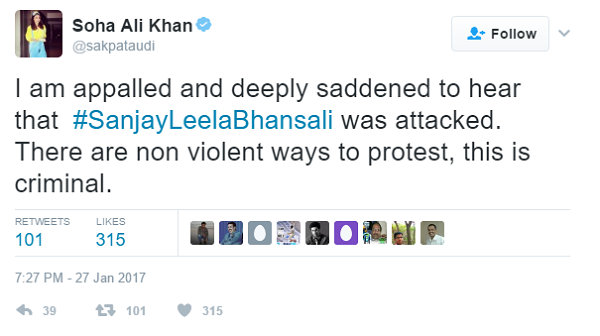 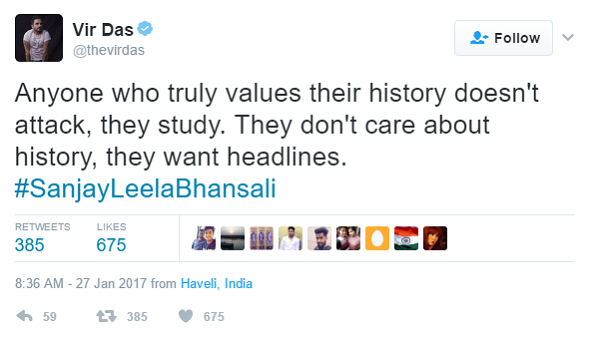