Home  /  Trending  /  Coldplay Teams Up With Chainsmokers, Releases New Song “Something Just Like This”

Coldplay Teams Up With Chainsmokers, Releases New Song “Something Just Like This”

Coldplay just keeps getting better. Take our word for it! The melody and rhythm in their songs coupled with Chris Martin’s voice is pure magic. And when they teamed up with the American DJ Duo Chainsmokers, the song is bound to create all the buzz in the town! 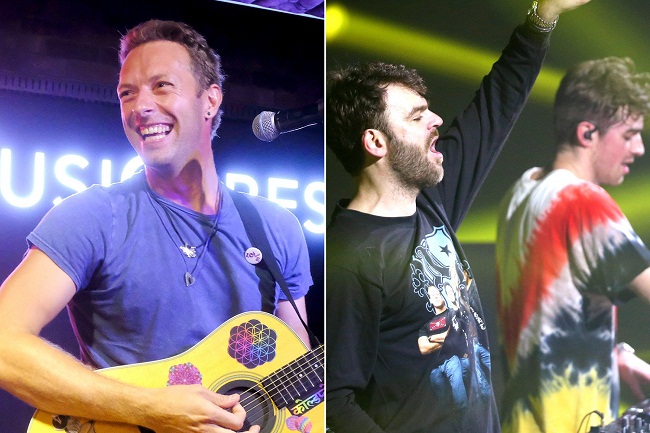 They have come collaborated together for a new song  “Something Just Like This.”  The track appears on the Chainsmokers’ upcoming debut LP, which is called Memories… Do Not Open. In case you have ever wondered how would Coldplay pop songs be with a touch of EDM, then your search ends here!

Chris Martin had once admired Chainsmokers for their work in his tweet, that set things running between two groups.

excited for @thechainsmokers' album; I've heard some songs and I love them. cm

You can listen to the amazing song here: