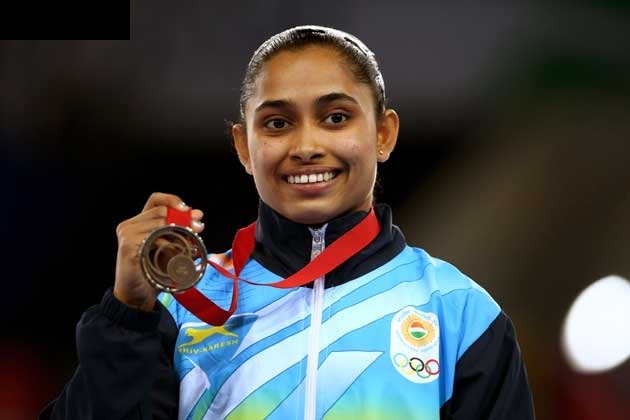 Top Indian gymnast DIPA KARMAKAR created history as she became the first Indian woman gymnast to secure an Olympic berth by qualifying for the Rio games after she displayed a strong performance at the final Qualifier and Olympic Test Event in Rio De Janeiro.

Dipa garnered a total score of 52.698 points. Dipa who hails from Tripura scored highest amongst the other 14 competitors in her first vault, the Produnova, which is considered to be one of the hardest vaults in women’s artistic gymnastics where a one wrong move can result in a broken neck or paralysis and also death in extreme case. She also performed extremely well in the beam and floor exercises.

Since independent India, only 11 male gymnasts have participated in the Olympics but this will be the first for an Indian woman at the Olympics.

Dipa has been listed as the 79th gymnast among individual qualifiers in the list of women’s artistic gymnast who have qualified for the Rio Olympics.

Interestingly Dipa Karmakar did not enter gymnastics by choice because she was afraid of falling. It was her father that initiated the her into the sports who himself is a weightlifting coach.

Dipa came into the limelight last year at the Commonwealth Games (CWG) held in Glasgow, Scotland and she won a bronze, making it India’s first-ever medal by a woman gymnast in the CWG.