Home  /  Just In, News  /  Donald Trump Elected As The 45th President Of America

Donald Trump Elected As The 45th President Of America

The much awaited results of the US election are out and we feel terrible to announce that the unexpected has happened. Donald J. Trump has been elected as the 45th US President by the Americans with 276 votes and the world is not very happy. 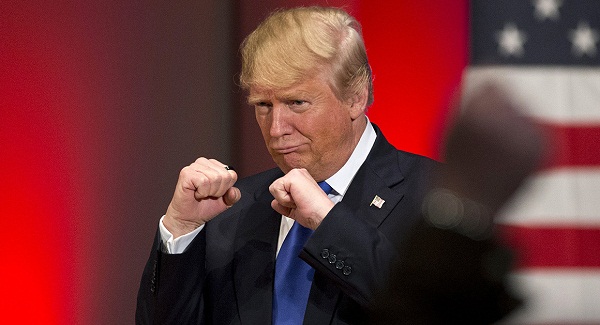 Though, Trump definitely has won the key states of Florida, Ohio, NC and Pennsylvania but Hillary Clinton has refused to concede for now.

Well, can’t really say what future holds for the biggest nation and the entire world now, but once again, “9/11” has surely hit the world bad.

Congratulation to all the supporters of Donald J. Trump!