First Teaser Of Dear Zindagi Is Out And It’s Beautiful

After Alia Bhatt shared some tidbits from her upcoming movie also featuring Shah Rukh Khan, we all were waiting eagerly for the teaser of the film to be released and the good news is that the makers of Dear Zindagi have finally released the first teaser of the movie. Shot in beautiful locations of Goa the teaser has the most relaxing and holiday vibes attached with it. Watching Shah Rukh Khan playing with the waves and Alia Bhatt enjoying cycling, the 1.31 minute long teaser will surely bring smile to your face. 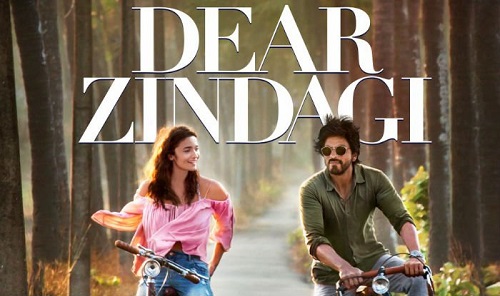 Directed by talented Gauri Shinde of English Vinglish fame, the movie also stars Kunal Kapoor, Angad Bedi, Aditya Roy Kapoor. Unlike other movies, the makers of the film have decided not to release the trailer but a series of teasers. Film’s director Gauri Shinde told a tabloid, “We have decided not to take the conventional route for this movie. We will release small videos titled Dear Zindagi take 1, take 2, take 3 and so on… The idea is to invite the viewer bit by bit into the experience of the film… It was Shah Rukh’s suggestion and I was with him on that.”