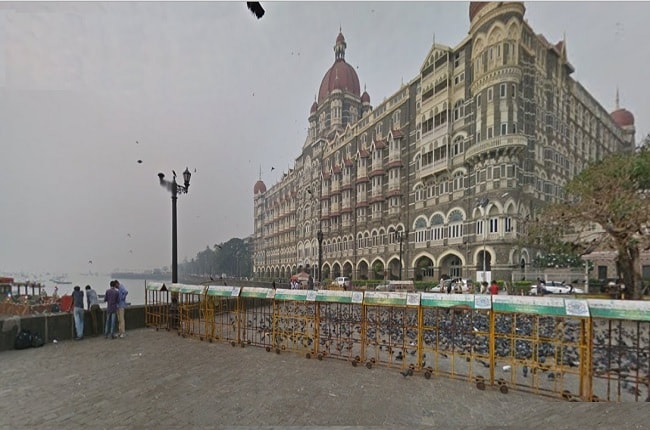 If you were hoping to see India through the Google street view just the way you used to watch the streets of US, Canada and other European countries, then we have a bad news for you. India has declined to give security clearance to the Internet giant’s Street View service, primarily due to objections raised by the Defence Ministry.

Google Street View is a technology featured in Google Maps and Google Earth that provides panoramic views from positions along many streets in the world. It was launched in 2007 in several cities in the US and has since expanded to include cities and rural areas worldwide.

Security establishment got wary of allowing such image-capturing in India given that planning for the 2008 terrorist attacks in Mumbai is believed to have involved photographic reconnaissance of targets by Pakistani-American David Coleman Headley.

It is learnt that a technical committee of the Defence Ministry, which comprises officials from Indian Air Force, Military Intelligence, Navy, Army and Intelligence Bureau, had unanimously opposed the service. “The main concern was security of sensitive defense installations. The Defence Ministry said it was not possible to monitor the service once it was launched and it would be detrimental to national security,” said a senior government official.

Google had on an experimental basis launched Street View in some of the tourist sites like Taj Mahal, Red Fort, Qutub Minar, Varanasi river bank, Nalanda University, Mysore Palace, Thanjavur temple Chinnaswamy stadium besides others in partnership with the Archaeological Society of India.

In January this year, Google’s online maps showing Indian defence installations, nuclear power plants and other “sensitive” locations came under the scanner of Delhi High Court which asked the Centre to look into it and keep it informed on the issue. The concerns had come to fore after the Pathankot air base attack.

The decision comes close on the heels of a proposed law to regulate Internet content in the country. The Home Ministry recently uploaded the draft Geospatial Information Regulation Bill 2016 for comments from the public. The Bill proposes jail term of seven years and a fine upto Rs. 100 crore for wrongly depicting the map of India, a move that is likely to hit Google and Microsoft. Minister of State for Home Kiren Rijiju said once the proposed bill comes into force, issues related to Internet-based applications would be resolved.

In April 2015, Google representatives made a presentation on Street View for the MHA. They had told the officials then that the platform would be useful for tourism and disaster management.