Home  /  Entertainment, Just In, Trending  /  Hollywood Movies To Look Forward To In 2017

Hollywood Movies To Look Forward To In 2017

2017 is supposedly the year of sequels and prequels. All our favorite movies will be back with a bang in the following year to add another chapter in their stories. Time to rejoice as our all time favorites will be back to complete their stories and fill this year with new thriller experiences.

After his encounter with the Avengers, young Peter parker comes to live with his aunt. Under his mentor, Tony Stark, Peter endeavours to embrace his new found identity of spiderman. Soon his powers would be put to test when the evil Vulture threatens his loved ones.

2. Pirates of the Caribbean: Dead men tell no tales

A bunch of deadly ghost pirates, determined to kill every pirate at sea including Jack Sparrow is coming your way. His only hope now is to unleash the legendary Trident, a powerful artifact buried under the sea, which makes its owner the most powerful.

3. Guardians of the Galaxy 2

The Guardians of the Galaxy travel throughout the universe and struggle to keep their newly formed buddy family intact. Also this film would reveal the true parentage of Peter Quill.

4. Beauty and the Beast

The beast in his castle entraps a beautiful and independent young lady. Despite all the trouble that he causes to her, she looks beyond his outer, crooked self and discovers a kind-hearted prince within.

Ragnarok, in mythology means ‘twilight of the gods’ in Greek. It has all the powers of the god of Thunder. Does that mean 2017 brings with itself the end of important characters like Thor, Loki, Odin and Heimdall? 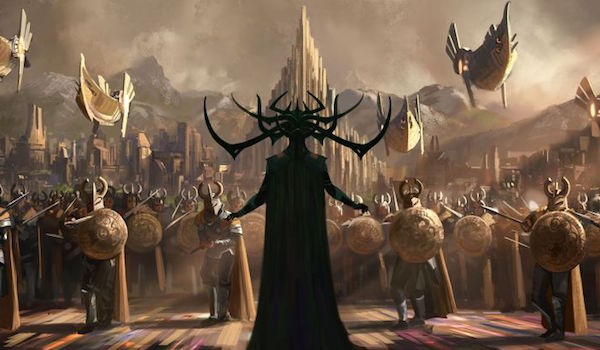 Inspired by Superman’s sacrifice for humanity in Batman v/s Superman, Bruce Wayne and Diana Prince form a team of metahumans who will fight the Steppenwolf and parademons and save the three precious Mother boxes on Earth.

Snoke failed to create an uber-Sith in Anakin Skywalker, so he’s having a second bite of the dark side cherry with Rey. Or is it that Kylo Ren will infact turn out to be good, who was playing his card to achieve his ultimate goal of defeating Snoke.

Watch Gru and his wife Lucy take on Balthazar Bratt to achieve world domination with the help of his little minion army.

Two British spies, Eggsy and Merlin travel all the way to the United States to unite forces with their American counterparts.

The eighth part of the Fast and Furious epic series, this movie is surely awaited by the die-hard fans of Paul Walker and Vin Diesel. Watch the ‘family’ of friends come to the rescue of their mate Dom as things get uglier.

Another part of the X-Men series, where Logan mentors a young, mutant girl and protects her from the oppressive government who wants to build an army by converting mutant children.

The story of the wonder woman, after she leaves from her all-female island to discover and unleash her true power in the World War 1. Find out what happens to Batman after the Dawn of Justice.

A story where a lifeguard and an impatient recruit are to look out for the security of the bay. Watch Priyanka Chopra rocking the movie with her killer looks.

Starring Deepika Padukone and Vin Diesel, it is a race of the undercover operative, Xander Cage to save a deadly weapon from falling into wrong hands.