Conquering Mount Everest is the ultimate goal of all trekkers and mountaineers who love to scale the gigantic mountain to reach the highest point in the world! But, for Arunachal Pradesh mountaineer Anshu Jamsenpa, it has become a routine! As she can completed this task not once, but twice within 5 days! 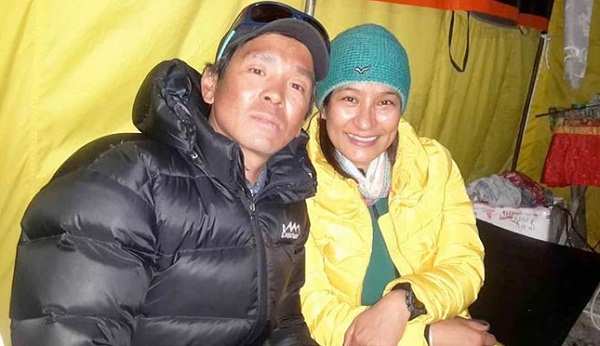 She becomes the first woman in the world to achieve this ‘dual ascent’. This is quite a remarkable feat for 32 year old, mother of two to accomplish this arduous adventure within such a short span of time.

Dawa Sherpa Lama of Himalayan Adventures Private Limited conducted Jamsenpa’s expedition and said she began climbing on Saturday morning and stopped briefly before the final push early Sunday morning and by 7.45 am she completed it.

This was not her first ‘double ascent’ of Mt Everest. On her first attempt in 2011, she had conquered the mountain twice in 10 days between May 12 and 21. Her third successful attempt was on May 18 two years later.

She said via her public relations manager,

“My only aim now is to unfurl the national flag once again atop Mt Everest and pay homage to Lord Buddha. I seek blessings and support from my fellow countrymen.”

Those who conquer Mt Everest are itself an inspiration but, Anshu Jamsenpa has broken all norms of mountaineering with her sheer will and determination and has made India proud on a global scale!