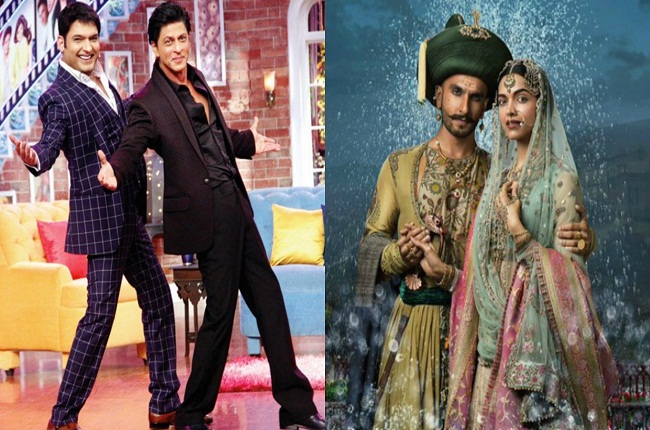 But the question here is who amongst Kapil and Colors gained more TRPs?

Reports from media suggest that Bajirao Mastani managed to garner a little more TRPs than the Kapil Sharma’s show probably because actors of Bajirao Mastani promoted the world television premiere of their film on their twitter handles, also the film was screened break free with few ads towards the end of the film.