Kings XI Punjab hosts Kolkata Knightriders in the 13th Match of this year IPL at the Punjab Cricket Association Stadium at Mohali. Both the teams are coming after winning their previous games. KXIP, who has played 3 matches managed to finally register a win on the board in their last match which was against the new franchise Rise Pune Supergiants. They lost their previous 2 matches against Gujarat Lions and Delhi Daredevils.

Visitors KKR on the other hand got a convincing game against Sunrisers Hyderabad when they visited Hyderabad on April 16, 2016. KKR who are currently on the second spot on the points table have played a total of 3 games and won 2 of them.

Looking at their last match’s performance, KXIP managed a good win by 6 wickets against RPS. The openers Murali Vijay and Manan Vohra played a stable partnership to get them home. The same was the case with KKR, whose in-form openers Robin Uthapa and GautamGambhirsealed the game for them. Gautam has scored 2 half centuries in the 3 matches played till now and is the current Orange Cap Holder. 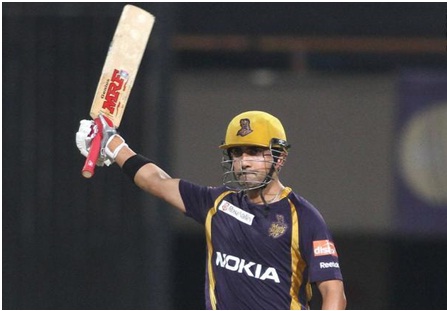 Surely KKR has an advantage in the head to head comparison, but this would be an altogether exciting game for the cricket lovers.

Players to look out for KXIP:

Players to look out for KKR:

Check out a video from their past clash :