A guy from Kanpur put his wife as a bet in an IPL Betting game and lost her just like Yudhisthir lost Draupadi to Kaurva in Mahabharat in the game of dice. This rarest of the rare incident is reported from Govind Nagar Area of Kanpur district, after Jasmeet Kaur, the victim, was harassed by the fellow of gamblers of Ravinder Singh, the accused in the incident. This harassment prompted her to report the matter to the police with the help of social activists. 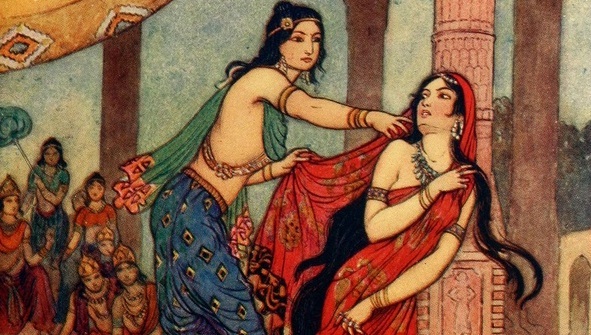 The police said that after having lost his all money in the share markets, the man put his wife as a stake in IPL Betting and lost her too.

Jasmeet Kaur who is a boutique owner in Kanpur informed that over the years, Ravinder sold all the jewellery and other valuables when he lost the bet . He was also planning to sell the house when this IPL gambling fiasco happened. FIR has been registered but Ravinder Singh has been missing since.