EgyptAir flight MS804 carrying 56 passengers including one child, two babies and ten crew members from Paris to Cairo which disappeared from the radar has now been said to have crashed early this morning.

As per the aviation official the flight went missing from the radar at 2:45 am local time when it was flying at 37,000 feet.

As per the EgyptAir the last call made to the flight was 10 minutes before it disappeared from the radar and no distress call was made by the pilot of the Flight MS804. 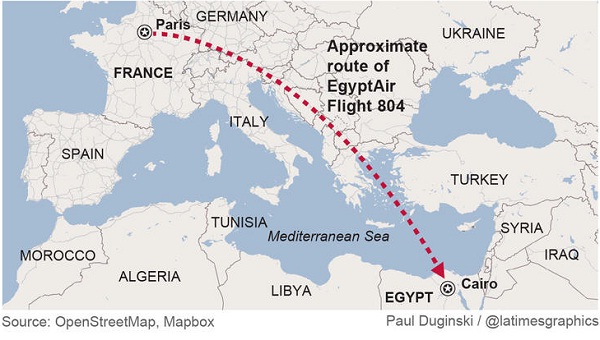 Earlier in March, an EgyptAir plane was hijacked and diverted to Cyprus. The attacker later surrender and all the hostages were released.