Home  /  News, Trending  /  Rahul Gandhi Falls Asleep In The Midst Of A Debate In The Loksabha Once Again

As the Congress and BJP had a fired up feud regarding the controversial Dalit issue in the Gujarati town of Una, Rahul Gandhi the vice president of the Congress was found dozing off in the midst of the heavy debate. 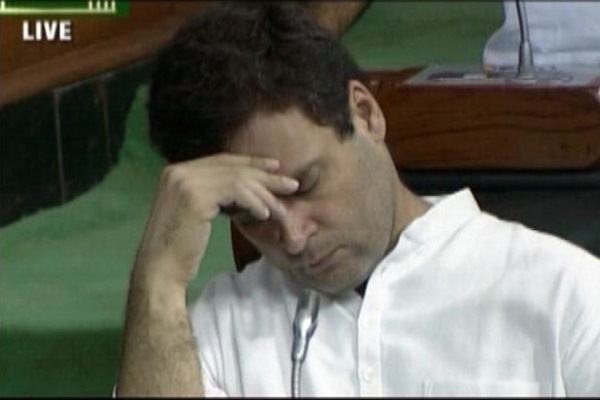 He is set to visit Una on Thursday yet his shocking conduct has left viewers wondering how serious the Congressman is about doing his job. As the Congress members fell into heavy disagreement over Rajnath’s remarks, the tv footage showed Rahul sleeping serenely in the background with his forehead resting on his palm.

And the stunning fact is that this is his behaviour when his party is the strongest to raise a voice regarding the Dalit issue.

Not to mention, this is not the first time that Rahul has been caught sleeping in the parliament, the last time being in 2015 (and even more instances before that). 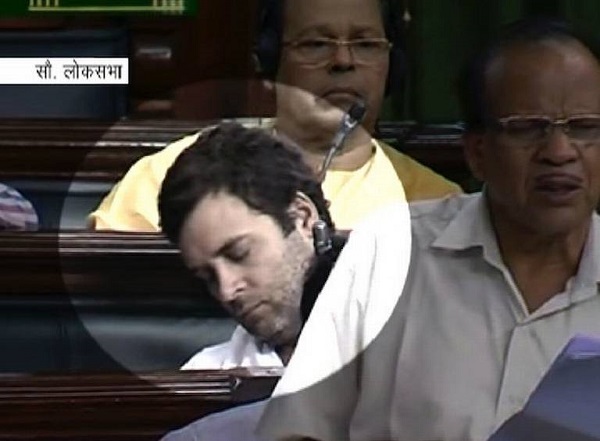 What’s even more preposterous are the comments and claims that congress supporters are making in his defence.

The most outrageous reasoning in Rahul Gandhi’s defence was given by Renuka Chowdhury, the leader of the Congress, who claimed that Rahul closed his eyes after going inside in order ‘to make moisture in his eyes after having to stand in the sun’. Does she think that the rest of the world will actually believe such an absurd explanation? 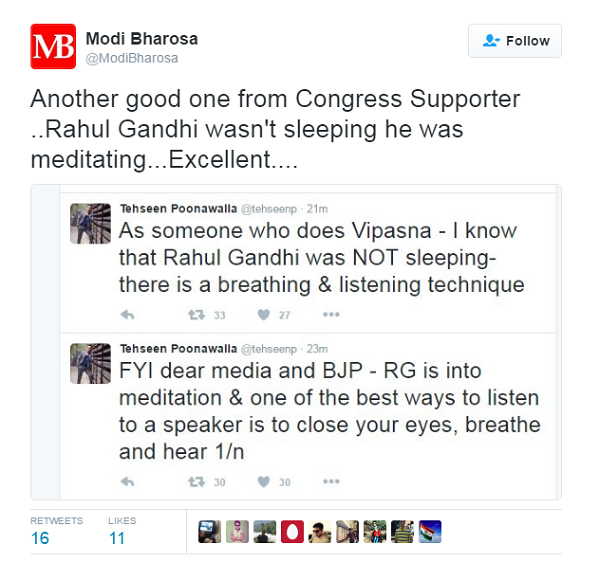 The footage of this young politician sleeping in the midst of a heavy LokSabha debate sparked a riot of tweets edging from hilarious to witty and everything in between: 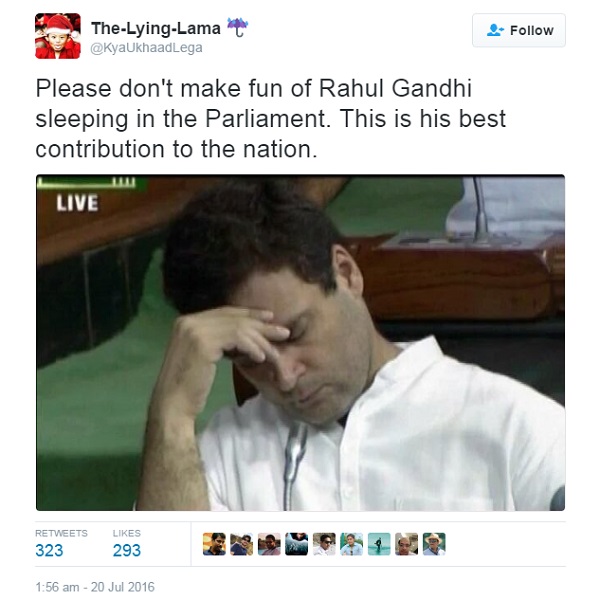 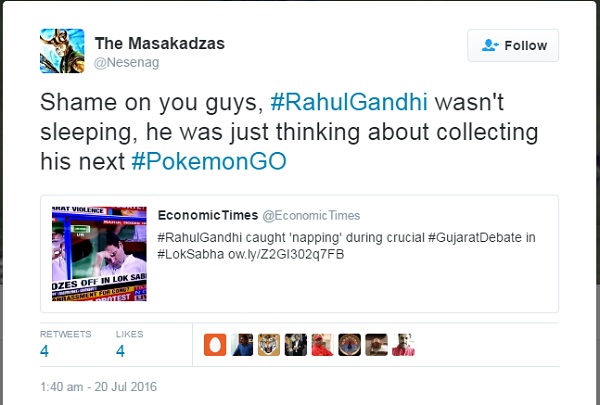 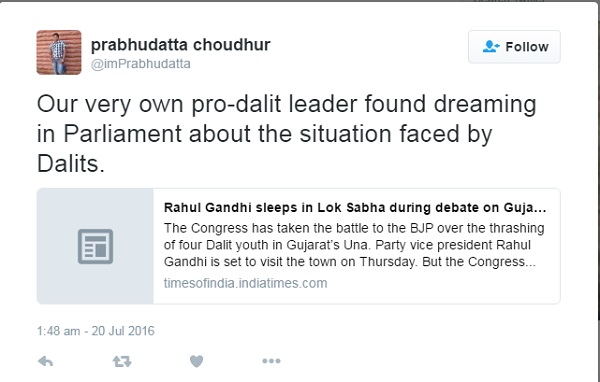