Reports have suggested that the stand-up comedian Kanan Gill who is famous amongst the youth and has many followers because of his YouTube venture ‘Pretentious Movie Reviews’ is all set to make his debut in Bollywood opposite the popular actress Sonakshi Sinha.  Sonakshi has worked with well-known stars like Salman Khan and Akshay Kumar and is currently in New York shooting for her upcoming film Force 2. 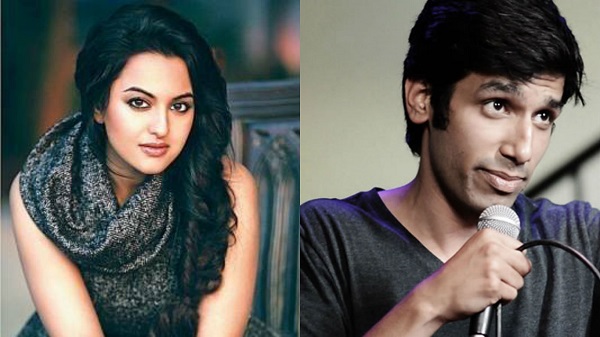 According to the rumors, the movie has been titled ‘Noor’ and will be directed by Sunil Sippy and produced by Vikram Malhotra. It is said to be based on Pakistani writer Saba Imtiaz’s ‘Karachi, You’re Killing Me!’

Though there has been no official announcement made by the makers, we can still be hopeful about it to be true!