Going to the moon is a privilege that military fliers and astronauts have cherished since decades. When Neil Armstrong sailed in his Apollo space voyage, everyone had their heart in their mouth! But, enter the 21st century modern space agency SpaceX and things are going to change big time! 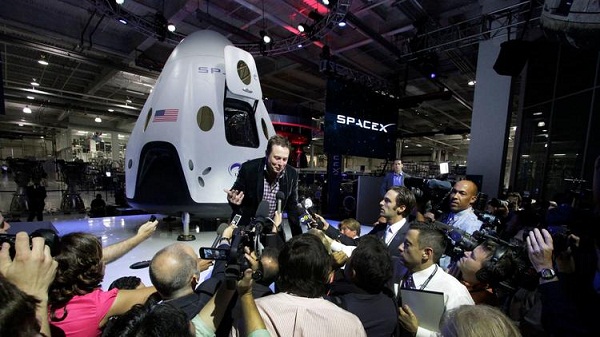 Elon Musk’s venture in space exploration, SpaceX, has announced that it will be sending two private citizens to the moon late in 2018. This endeavor is touted to become the world’s first commercial space travel.

The pair of individuals will be taking off from Cape Canaveral, circum-navigating the moon, and returning to Earth. However, the cost will be borne by the pair itself!

Elon Musk has not confirmed who will be flying and how much the expedition will cost. He did mention that two individuals have signed up for the journey, paid the deposit and undergoing fitness tests and training.

SpaceX also thanked NASA for providing funds for the development of the Crew Dragon rocket project. The unmanned flight of this rocket will resupply the International Space Station (ISS) this year. Then the manned mission to the moon will take off next year.

SpaceX’s plans are not limited to the moon, as they have ambitious plans of space tourism upto Mars and colonizing it as well!