The super weekend for the cricketing fans is here with two matches each on both Saturday and Sunday. The first clash on Saturday is between Sunrisers Hyderabad and Kolkata Knightriders. The match is being held at Hyderabad and will start at 4pm IST. SRH who lost their opening match against Royal Challengers Bangalore (RCB) by 45 runs, would be looking to get their first win of the season.

Two time IPL champions, KKR started their campaigns with a win in their opening match but suffered a loss at their home ground against Mumbai Indians (MI). KKR would be looking to get a win and gain some confidence for the upcoming matches. 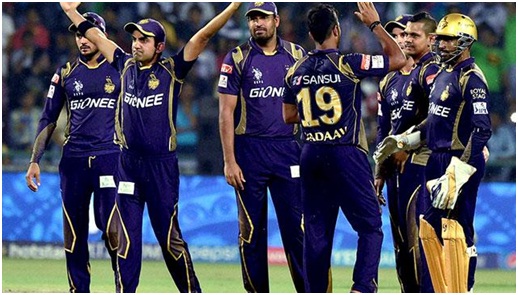 With a win percentage of 66.66%, KKR have an edge over the SRH. Sunrisers who finished 6th on the points table would be looking to better their performance with their potential team

Players to look out for SRH :

David Warner : Captain looked in good form in the previous match. He scored 58 runs off 25 balls with his half century coming in mere 21 balls. His team needs the same momentum from him in this match as well.

Eon Morgan : England captain showed some good touch in the first game. Hoping we would continue from where he left.

Shikhar Dhawan : Sunrisers need Shikhar to be back in form and give a solid start along with Warner for the opening partnership. 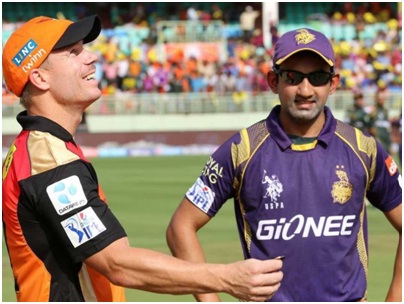 Players to look out for KKR :

Gautam Gambhir : Just like his counterpart, Gambhir batted very well in his previous games. He scored a fifty in the last game. He needs to continue the same form.

Manish Pandey : This aggressive batsman played well in the games against Delhi Daredevils and Mumbai Indians. Having scored 52 off 29 balls, Manish would be eager to repeat his innings.

Andre Russell : This West Indian all-rounder is surely continuing his form from the World T20. He contributed well in both the previous two games.

We are hoping KKR would bring in Sunil Narine in this match.

Enjoy the highlights from the previous clash :