Home  /  Latest Story, News  /  Supreme Court Says, Aadhaar Not Compulsory, But Those Who Have Must Link It With PAN Card

Supreme Court Says, Aadhaar Not Compulsory, But Those Who Have Must Link It With PAN Card

The debate of the compulsion of Aadhaar card, a unique identity number for every individual in India, has met with some consensus as the Supreme Court has made a verdict stating that it is not compulsory to have an Aadhaar card, however, those who already have it, must link it with their PAN card. 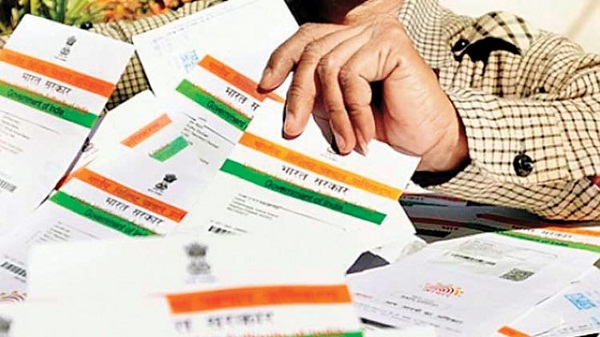 Those who have enrolled for the Aadhaar card and not yet got their it are exempted from mandatory linkage and the penalizing invalidation of their PANs if they don’t link it. This law is till the time Constitutional Bench decides on the privacy question pertaining to it.

The Court upholds the new Income Tax law that requires Aadhaar card for allotment of PAN and filing of IT returns. Recently, the Aadhaar details of many Indians were leaked online due to lax online security systems, over which the Supreme Court said:

“The government (has) to take proper and appropriate steps and the scheme in this regard has to be devised at the earliest to instill confidence among the citizens that the data would not be leaked.”

The government had made the decision to make Aadhaar card mandatory for filing income tax returns because it was easy for a single individual to have multiple and duplicate PAN cards leading to fraudulent financial accounts.

“Today, anybody can get a PAN card with any name on it. A person can get several PAN cards — say, as Mukesh Gupta, then another as Mukesh Kumar Gupta, and a third as M K Gupta, so on and so forth”.