The Uncanny Resemblance Between Brexit And Harry Potter

Whether or not you live in the United Kingdom, you’ve obviously heard of the recent referendum regarding the exit of UK from the European Union, or in other terms, Brexit. You probably also know that this year, on the 24th of June, 2016, the citizens of UK voted for Brexit, and confirmed the withdrawal of the UK from the EU. 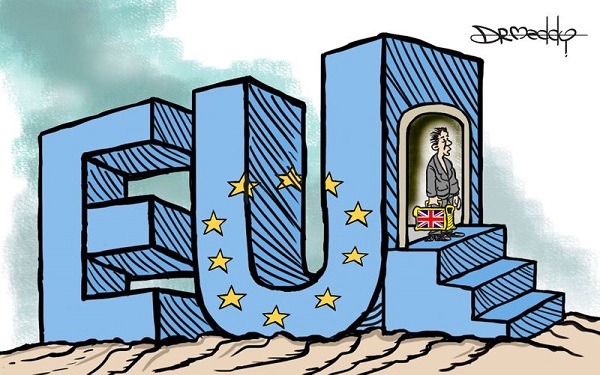 Now, this event has had mixed reviews and opinions from across the world but a majority of popularly known figures have been advocating their disapproval of this outcome and one of them was the popular fiction author; J.K. Rowling. 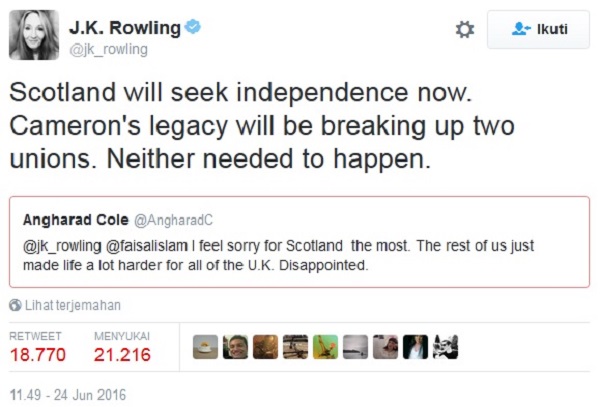 Her tweet about never wanting magic as much as she does now after this development has been circulated through social media to no end.

Apart from her disagreement with the Brexit decision, a large number of people across the country and the world have begun to trace similarities between her famous book series; Harry Potter and of course, the Brexit vote. You’ll be shocked to know that some of the points are apparently quite relevant! 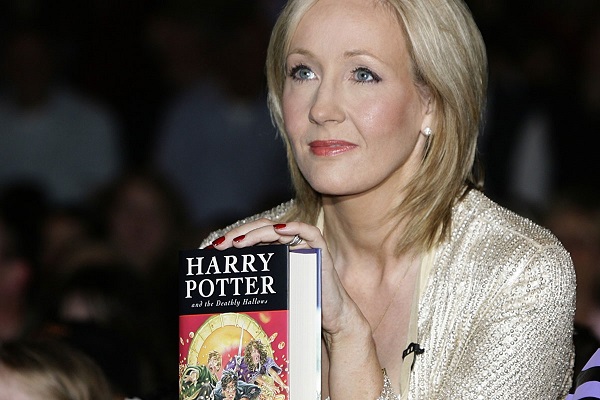 The most relevant of the points is the fact that the Brexit vote was conducted on 24th June, 2016. Exactly 21 years ago, Voldemort returned to power and his corporeal form on 24th June 1995 by killing Cedric Diggory and using a small amount of Harry’s own blood in the last round of the Triwizard tournament.

Voldemort regained his body after waiting for a long period of time in the same manner that Brexit activists had to wait for months before they could successfully obtain the return of the UK to it’s ‘pure’ and non EU form.

J.K. Rowling wasn’t shy about commenting on the Brexit. She penned an emotional essay imploring Britain to remain in the EU. She referred to Voldemort in the essay, but even she probably didn’t see this bizarre parallel coming.

Another startling resemblance lies in the fact that Voldemort and Brexit agitator Nigel Farage share a range of similar traits including their appearance. 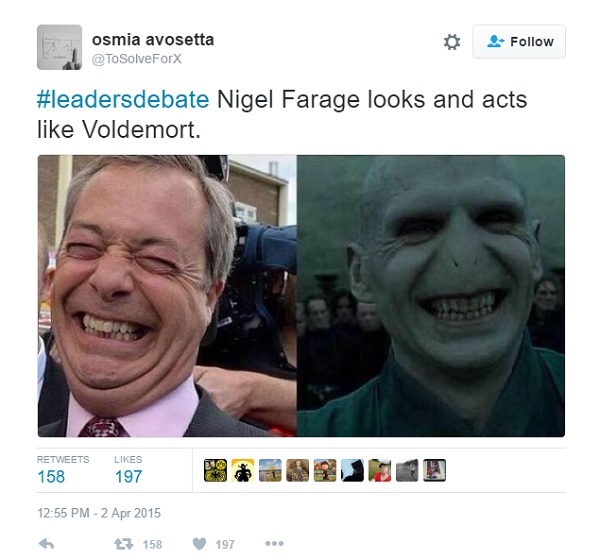 To top it all off, more than just a few tweeters drew direct parallels between the two. 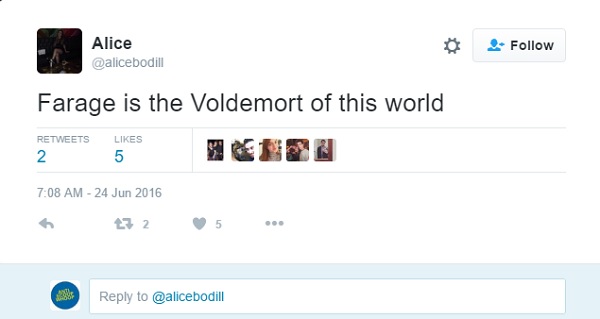 What’s even more shocking is that Farage hasn’t made any response to these allegations, it seems as if Lord Voldemort lives after all.