Home  /  Latest Story, Sports  /  This Touching Video From The U-12 Football Finals Will Melt Your Heart

This year’s U-12 football championships saw more than just a spectacular victory, it saw the emotion and compassion of an entire team who showed the world what being ‘graciously victorious’ is all about.

As the final drew to an end between the year’s champions; Barcelona and the runners up; Japan; the Japanese team couldn’t help but to get teary eyed after having come so far but being defeated in the end.

As the kids from the Japanese team fell into waves of tears, the audience couldn’t help but be awed when children from the Barcelona team went around trying to console their opponents in a show of true emotion.

The li’l champs from Barcelona won the match 1-0 against Japan, but after celebrating their victory, it didn’t take them long to notice that their opposing team was in shambles. One of the kids was so grief stricken that he was crouched on the ground with his head in his hand! 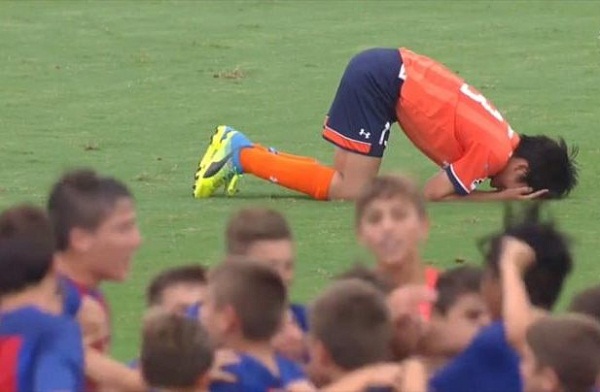 But the Barcelonan kids didn’t let their prowess get in the way of hugging their opponnents in an attempt to cheer them up. One kid even took it upon himself to give the entire Japanese team a personal pep talk! 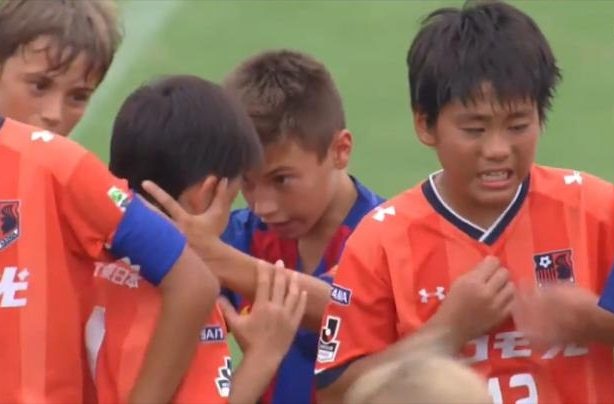 There’s probably a lot that the seniors of these kids could learn from their touching display of compassion on the field!