Home  /  Entertainment, Just In, Trending  /  Twinkle Khanna Asks KJo To Keep His Eyes Off Akshay Kumar’s Crotch In The Upcoming Episode Of Koffee With Karan Season 5

After the kickass pilot episode of Koffee With Karan season 5 featuring Shah Rukh Khan and Alia Bhatt, a small teaser of the second episode has been released and Karan Johar’s guests are none other than his best friend Twinkle Khanna and her husband Akshay Kumar. Well, the very reason to put Twinkle Khanna’s name first is because she clearly is stealing the show. With this being her debut episode at Koffee With Karan, quick and witty Twinkle is sure to leave a long-lasting impression. 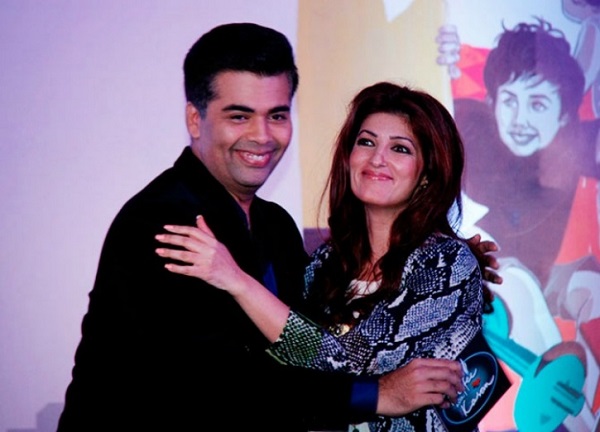 When Karan asks her what Akshay has that the other Khans don’t, she replies, “Some extra inches.” That is not all, she then asks Karan not to look at his crotch, as it is his feet that she is referring to and not something else.
And that wasn’t it, when Karan quizzed her about the title of a book on Bollywood, she said “Tentacles to Testicles”.  Umm.. Enough reason behind why she totally earns the name Mrs. Funnybones, I guess. While she is all unabashed, Akshay Kumar goes absolutely silent while she takes on the mantle.

The sharp and witted lady also gave Karan a reason to admit that he has dug his own grave by inviting her on the show. Inspite of all the digs and puns, one gesture that’ll be stealing the show is when superstar Akshay Kumar will be seen singing for his beautiful wife and the duo dancing to a romantic track. 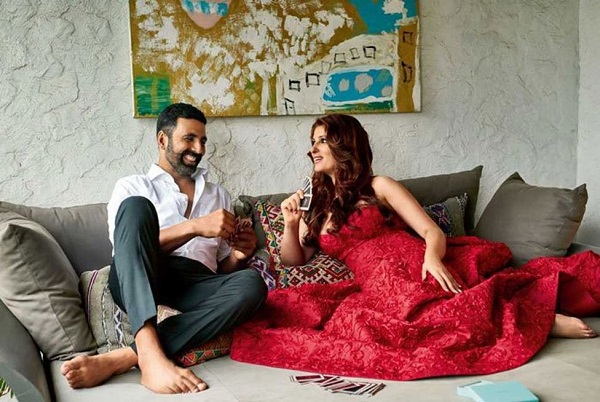