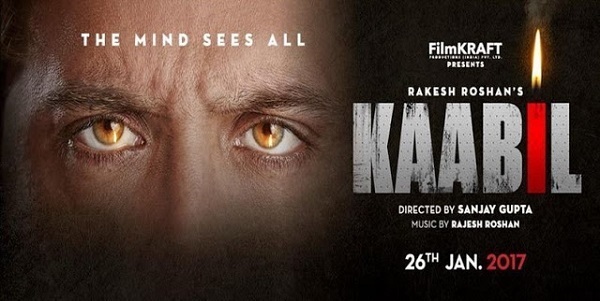 The first trailer of the ‘Kaabil’ was all about sweet love between Hrithik Roshan as Rohan and Yammi Gautam as Sue before tragedy struck them, but the makers have released the second trailer which is all intense and thrilling where Hrithik Roshan’s role is driven by fire of vengeance and it seems like nothing can stop him to avenge Sue’s death in the movie.

The trailer begins with a pledge by Rohan that the only purpose of his life is to become capable (Kaabil) so that he can fulfill his beloved’s dreams and further the trailer moves through how the visually challenged Hrithik fights all odds and seek revenge from Rohit and Ronit Roy who are playing the bad boys in the movie. Sanjay Gupta’s ‘Kaabil’ is going to hit the screens on 25 January 2017.

Mamta is a passionate writer with an eye for beauty . She has completed her English (hons) and has a flair for writing. She has a love for novels, poems and classical dance.