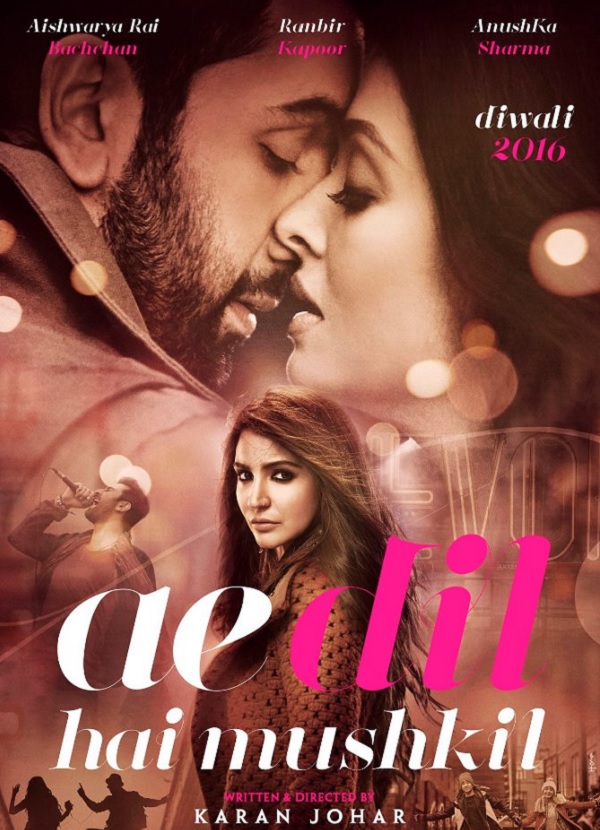 Karan Johar has finally released the teaser of his upcoming romantic flick Ae Dil Hai Mushkil which stars Aishwarya Rai Bachchan, Ranbir Kapoor and Anushka Sharma. The movie will see Ranbir Kapoor romancing both the leading ladies Aishwarya and Anushka. Although Ranbir has already worked with Anushka in Bombay Velvet, it is the first time he will be seen sharing screen with Aishwarya Rai Bachchan and yes, the teaser reveals a striking chemistry between the two.

When it comes to Dharma Productions, we expect nothing less than a packet full of drama, action, romance and extremely beautiful locations. Keeping everything in mind, the shooting of the movie was shot in London, Paris and Austria. The film also stars Fawad Khan.

Though, the teaser reveals nothing about the plot of the movie but we bet that the movie promises all kinds of sparks and fireworks! What feels likes a cherry on top, is the title track sung by Arijit Singh which will render your heart beat!

Feels like Diwali is awaited for one more reason!