Home  /  Entertainment, Latest Story  /  When Bollywood Got ‘Inspired’ To Copy Movie Posters From The West

When Bollywood Got ‘Inspired’ To Copy Movie Posters From The West

The Indian box office is well known for picking up ideas from their western counterparts in Hollywood and tweaking them into their own creations and this act is overlooked to a certain extent by all of us. But, what is simply unacceptable is the blatant copying that has been going on regarding visual media. Bollywood is not only stealing ideas from the west but is now outright copying the creativity that they see on western movie posters, here’s a look at some of the most shocking copy-cat moves by our own B-town producers: 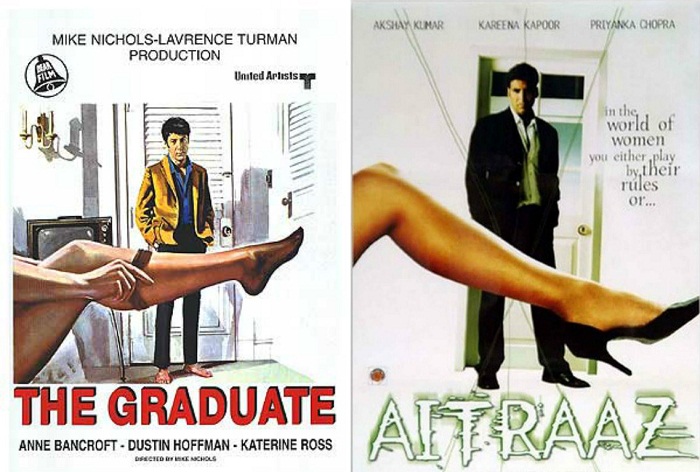 It looks like they even managed to get the same set for the photo shoot.

2. Anjaana Anjaani from An Education 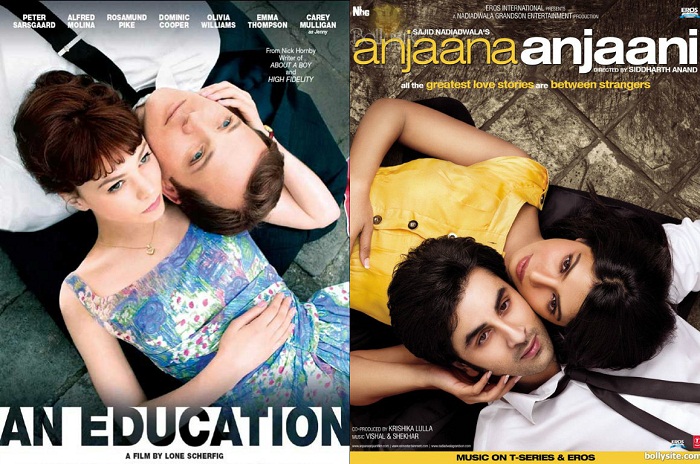 Even the tie is the same! 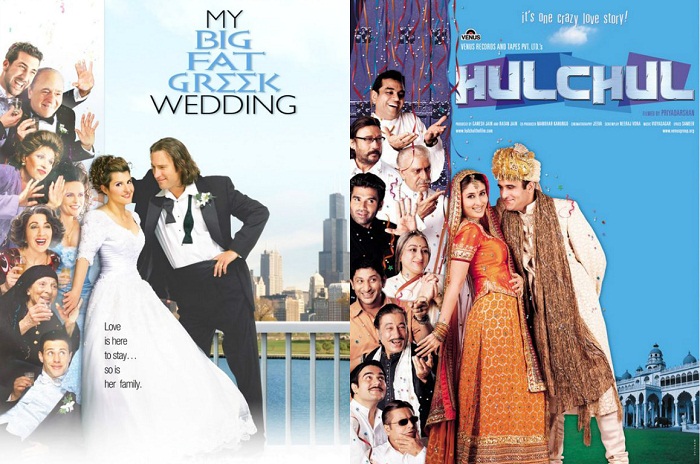 It looks like the only thing that they changed here is the bride and groom’s attire. 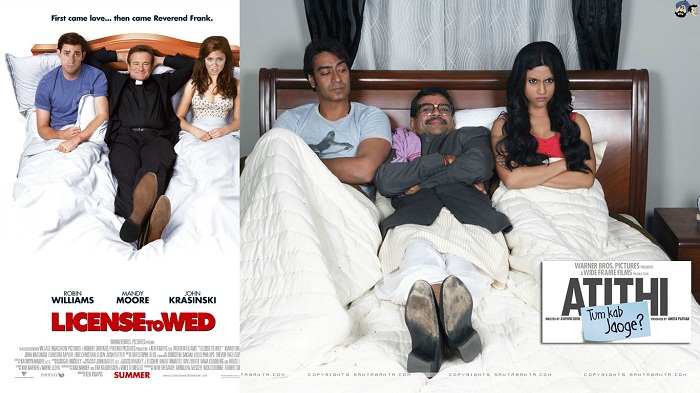 They even copied the middle-man’s smug grin. 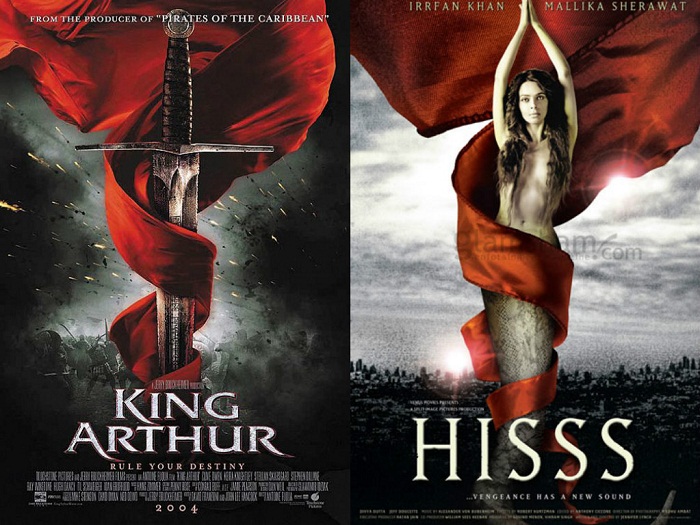 6. Xpose from The Great Gatsby

Himesh Reshamiya’s production is the epitome of an outright Xerox of both the movie and it’s poster.

7. Rowdy Rathore from The Replacement Killers 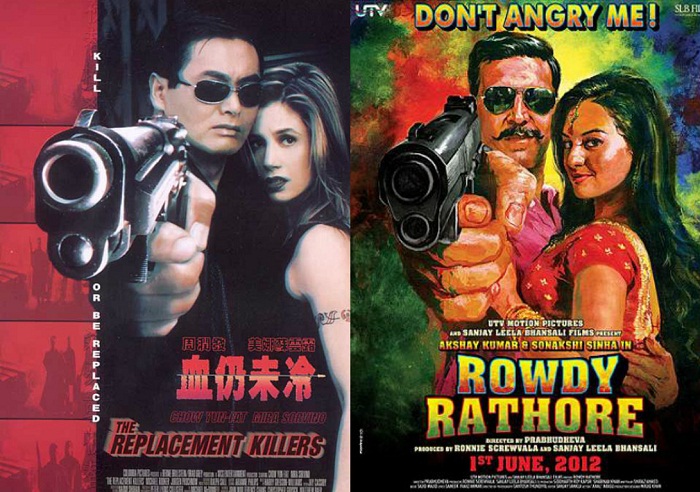 From the direction of the pointed gun to the tilt of the shades, it’s hard to spot a difference! 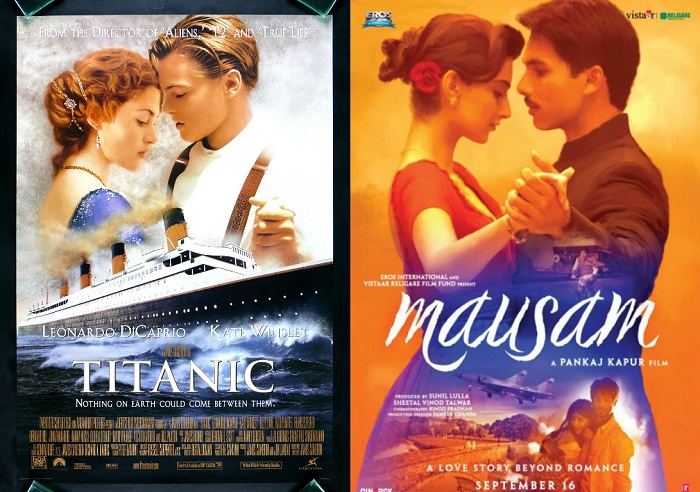 With the couple dancing in the background of a foreshadowed tragedy, the concept isn’t the only thing copied, so is the creativity! 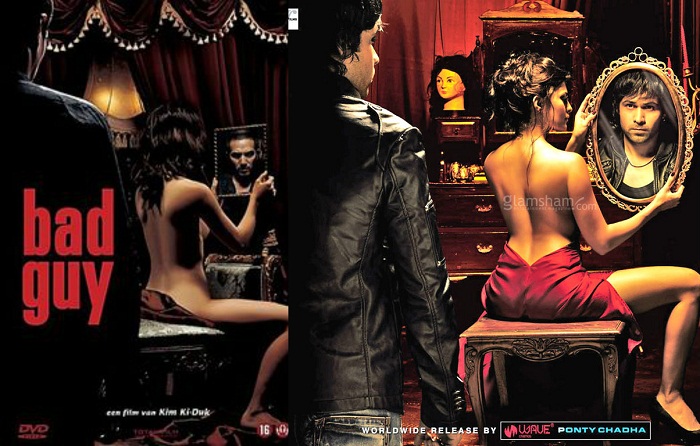 It even looks like the same set, but with better lighting.

10. Ramleela from Gone with the Wind 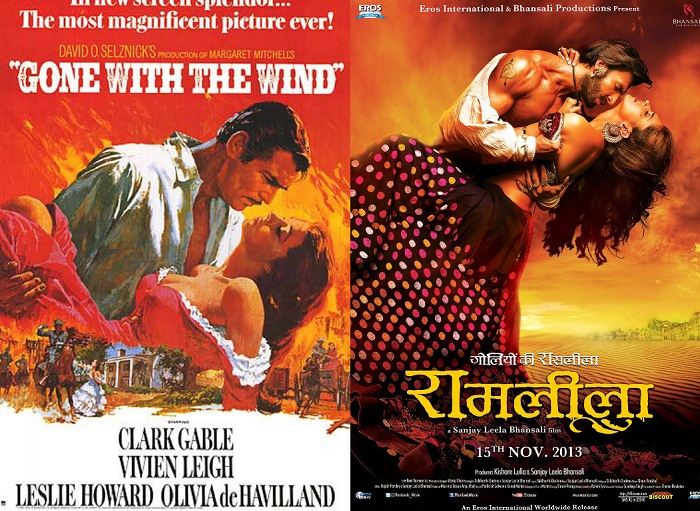 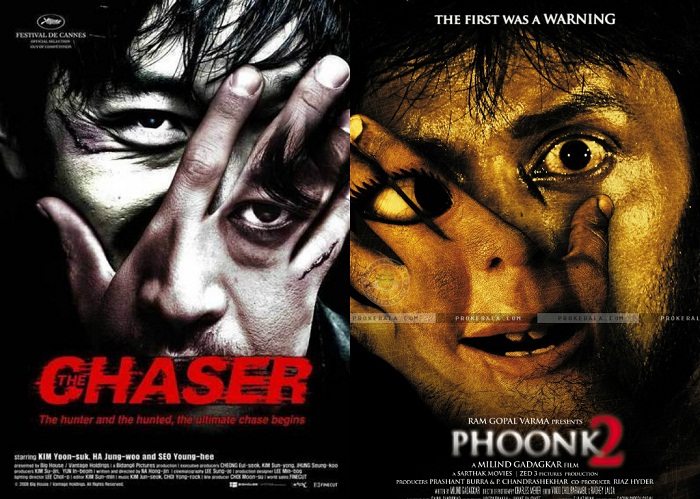 This is one dreadfully creepy “inspired” piece of art. 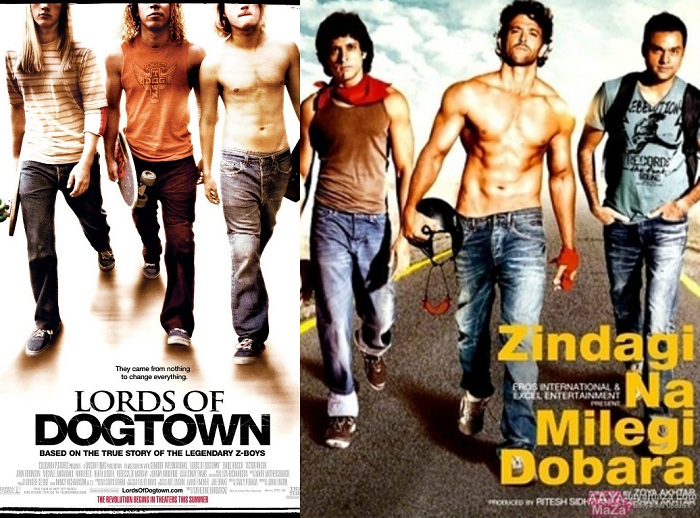 They managed to tilt the camera slightly upwards in this one. 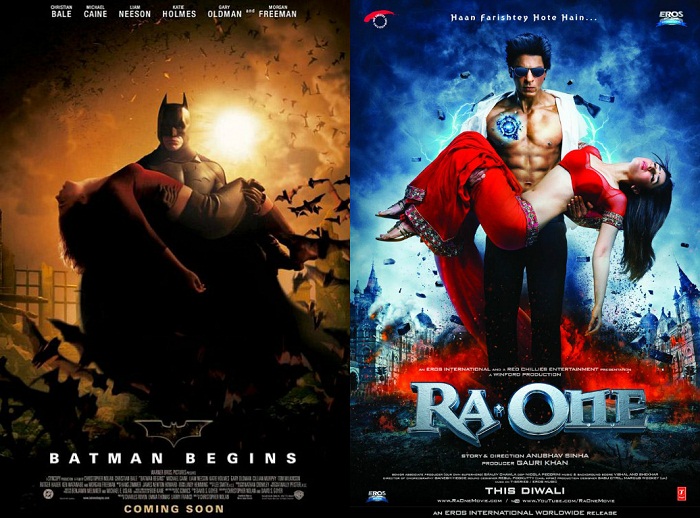 Even SRK is a fan of Christopher Nolan’s movies.

14. Ghajini from The Incredible Hulk 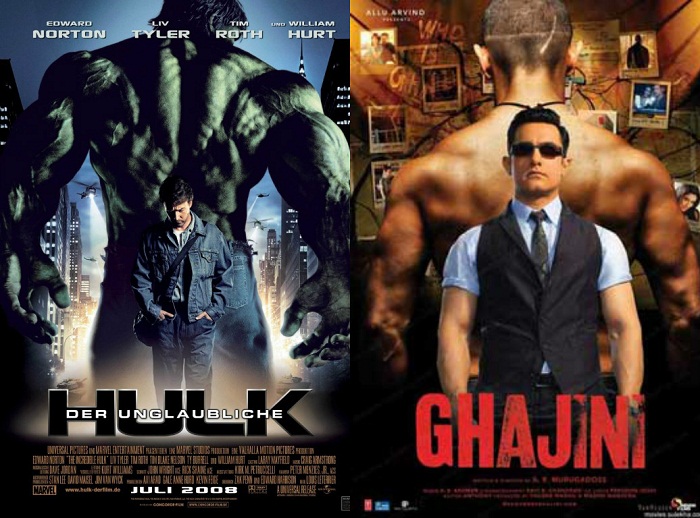 If you think about it, Aamir Khan is kindof like India’s own Hulk. 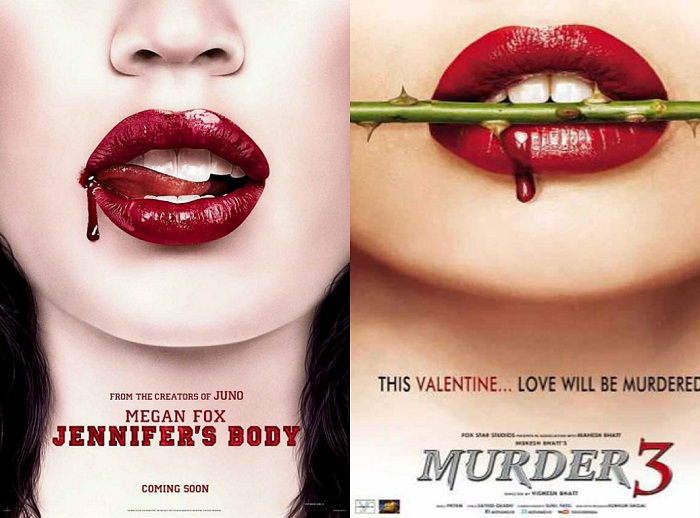 Adding a rose stem doesn’t make it any less of a copy.