Home  /  Entertainment, Latest Story  /  Why Fifty Shades Of Grey Is A Terrible Piece Of Literature

Why Fifty Shades Of Grey Is A Terrible Piece Of Literature

Many of you may have read the book titled Fifty Shades of Grey, and even more of you may have seen the movie of the same name, but what most of you don’t know or realise is; it’s one of the worst pieces of literature to have ever surfaced in the world. Sure it’s a bestseller, even I read it (for free, online) but the sole reason that I and many of my friends picked up this utterly distasteful novel is solely to find out what the international hype was all about.

During my comprehensive evaluation of this Twilight fanfic turned International bestseller by E.L. James, I’ve come across more than just a few reasons why this book should be the last thing you pick up on a rainy afternoon. In fact, I could go on for ages about how terrible the writing style and the entire book is in general, but instead I’ll offer you the most disturbing and valid points.

1. It’s based on Twilight

People are open to having their own opinions, but in my regard, Twilight is the Donald Trump of books, if you like it, then there’s something inherently wrong with you.

The book was initially a Twilight fan fiction under the penname “Snowqueen’sIcedragon” (what kind of penname is that? Icedragon isn’t even a word!) 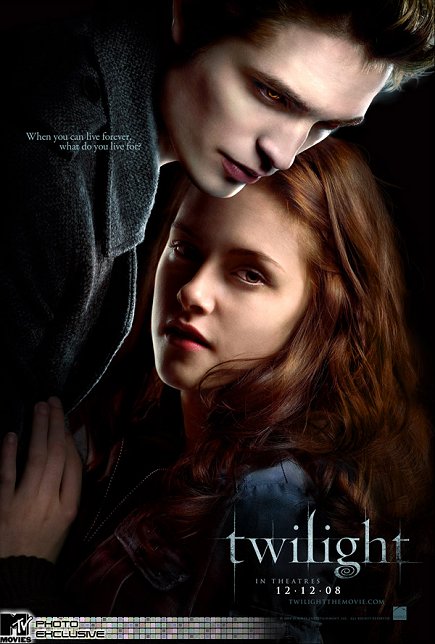 The fan fiction comprised of sexually charged versions of Edward and Bella and gained popularity through Twilight fans, enough to be later rewritten with different characters and a new name; Fifty Shades of Grey.

We could, in a way, conclude that the Twilight fans were to blame for this abysmal endowment.

In addition, there’s a direct co-relation between every character in FSoG and Twilight, right down to Christian Grey’s exes. Let’s take a look at some of the most important ones; Christian and Anastasia.

This one stares you right in the face. Christian, like Edward, is a rich, older and supposedly incredibly hot man who falls in love with a girl who is as bland and unoriginal as a potato salad with no seasoning. The only difference lies in Christian’s messed up dominant urges.

They say that if you remove the love triangle from Twilight then there’s nothing left in the story. For both Bella Swan and Anastasia Steele, their lives revolve entirely around a man whom they’ve only dated for a few weeks and apart from that, they have no individual goals or desires whatsoever. Not to mention they have the personality of a slice of bread.

You may initially believe that the incessantly lip biting Anastasia Steele is just one literary college graduate with nothing to define her save for her looks that are at a time described as “normal” but for some reason Millionare Hotshot Grey digs them.

In reality, she’s three people at once; she’s her normal bland human self, then there’s her ‘inner monologue’ who’s akin to an uptight grown up constantly judging her choices and actions, and finally is her ‘inner goddess’ who is a sex crazed being that dances at the every sigh of foreplay.

It’s a wonder no one ever claimed her to be schizophrenic.

3. The writing is terrible

Many times, the style of writing saves a dismal storyline, but this book is absolutely rife with terrible lines that no one could do justice to.

Not only are there about 70 proclamations of “Oh my” by the Anastasia when Christian comes anywhere near her, but it’s sprinkled with lines that make you wonder what the editor was thinking when he let this book get published.

“His voice is warm and husky like dark melted chocolate fudge caramel… or something.”

Yes, this is an actual line from an actual bestseller.

“Grabbing it quickly, I squirt toothpaste on it and brush my teeth in double quick time. I feel so naughty. It’s such a thrill.”

For those of you thinking otherwise, she was brushing her teeth with his toothpaste.

“How could he mean so much to me in such a short time? He’s got right under my skin… literally.”

Does the author even know what literally means?

And these lines are only the tip of the iceberg. On an average, I came across 3-5 absolutely bizarre sentences in each chapter!

4. If you take out the wealth, it’s pretty much a book on sexual assault and bondage

Imagine a world where Christian Grey was not a billionaire, and maybe wasn’t the eye candy that the author claims him to be. What then? He makes Anastasia move to his place, and do things for him that I won’t mention here, mainly involving letting him beat her up and inflict pain on her (do people really find this arousing?). He tracks her phone; he has access to her email and restricts her communication. He controls her entire life, in a way and conclusively turns her into his sex slave. So if he wasn’t the rich dream that Anastasia sees him to be, all that’d be left would be a sexual molester. Need I say more?

5. The author makes out Christian to be a hero

I honestly don’t understand how a person as messed up as Christian Grey could be considered a hero in any manner. He is a demanding and emotionless dominant who finds pleasure in inflicting pain on people who look like his dead mother. How creepy is that? And yet the author expects us to believe he’s a hero with a broken past the same way Anastasia does.

A girl who blindly agrees to sign a S&M contract and live in the home of a man whom she met only a week ago and bites her lip in every second paragraph, is that who we want our youth to look up to? A virgin graduating from college with a sudden skill at sexual acts and no gag reflex, there’s barely anything to love about this meek and shallow in the brain protagonist. With the progress of her ridiculous relationship with a billionaire hotshot, we find that her life essentially revolves around Christian Grey, and literally nothing else. What did this girl even do before he came around?

7. The sex is boring

That’s right folks, this book that’s world famous for harbouring sex in its most wild and carnal form actually has terrible sex excerpts. Apart from the imminent torturing which seems to turn both Christian and Anastasia on, the descriptions boring, but they are absolutely ridiculous and impractical in the real world to the extent that it makes you wonder whether the author has actually ever had sex. Not to mention the fact that Anastasia’s threshold for orgasms is significantly low compared to the rest of the women of this world. 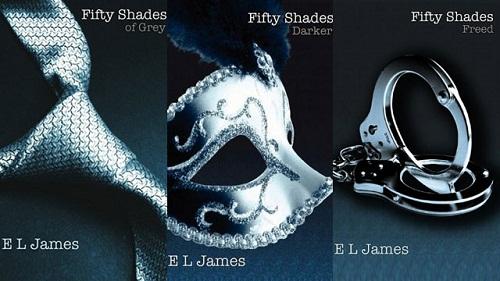 What could possibly be worse than one terrible book becoming a bestseller?(Damn you, Twilight fans). The only answer is two more books with the same terrible characters and writing also becoming bestsellers. I honestly wish someone would tell me who’s in charge of letting this happen. Not to mention, the other two books are going to be made into movies as well!

In conclusion, I’d like to say that Fifty Shades of Grey is a terrible book, with a terrible storyline, a horrendous message and characters that even the darkest corner of my heart couldn’t care less for.

If you agree (or god forbid, if you don’t) then be sure to comment below!