Home  /  Latest Story, News  /  You Will Be Shocked To Know Why This Techie Has Been Picking Nails From Bengaluru Roads For The Past 4 Years 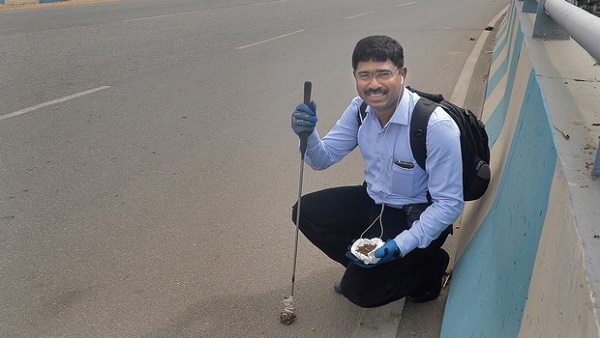 If you are living in the garden city of India, you surely would have noticed a guy looking for something on the roads but you wouldn’t have stopped by to ask him what he was doing. So for those who are willing to know this man, he is Benedict Jebakumar, a 44 year old system engineer who moved from Tamil Nadu to Bengaluru four years ago and has been collection nails from the roads ever since then. 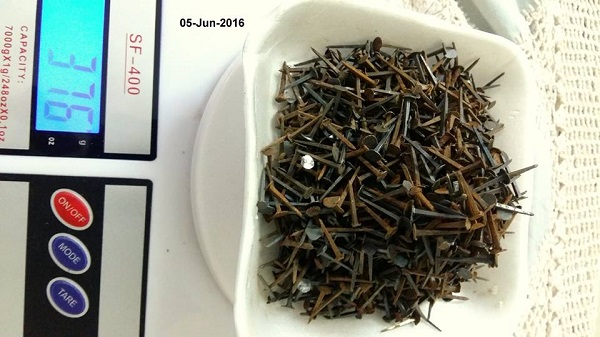 He took the initiative to clean roads off the nails after he noticed his scooter getting punctured every other day while driving or cycling to his office in ECO Space in Outer Ring Road from Banashankari. At first Jebakumar thought it the his tyre getting punctured was a normal incident but later when he got his tyre punctured 6 times in just three to four weeks, he knew it was not a coincident after all  when he noticed tyre puncture shops just alongside the roads. The puncture shops would deliberately throw the nails on the road and then charged rupees 300-400 for fixing or replacing the tube. Jebakumar who works as a system engineer with Intuit Technology Services leaves home by 7am and stops by some specific points on the roads to clean them off nails and does the same while coming home from work. Jebakumar had collected over five kilos of nails since 2012. Jebakumar said who now uses a magnetic tool after realizing how painstaking task it is said: “In the beginning, I would squat down and pick up nails by hand. Then my son suggested that I use a magnet, but even that was cumbersome as I had to stoop down. So I devised a tool, using a broken fishing road – I am passionate about fishing – to which I fixed a strong magnet from an old car stereo.”

Jebakumar in Oct 2014, came out with his facebook page “My Road My Responsibility” where he posts his everyday updates and also weighs the nails collected everyday day on the weighing scale. He explains why he took up to picking up nails “It causes a lot of inconvenience to commuters. They might fall down from the vehicle or even get into accidents. Two arrests have been made in the past but miscreants were released within three months and the nails were back on the road.” Although he hopes that the authorities will certainly look into the matter more seriously some day till then he says he will continue combing the roads with nails. 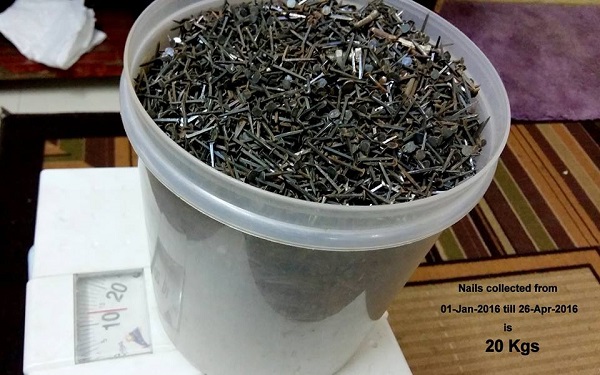